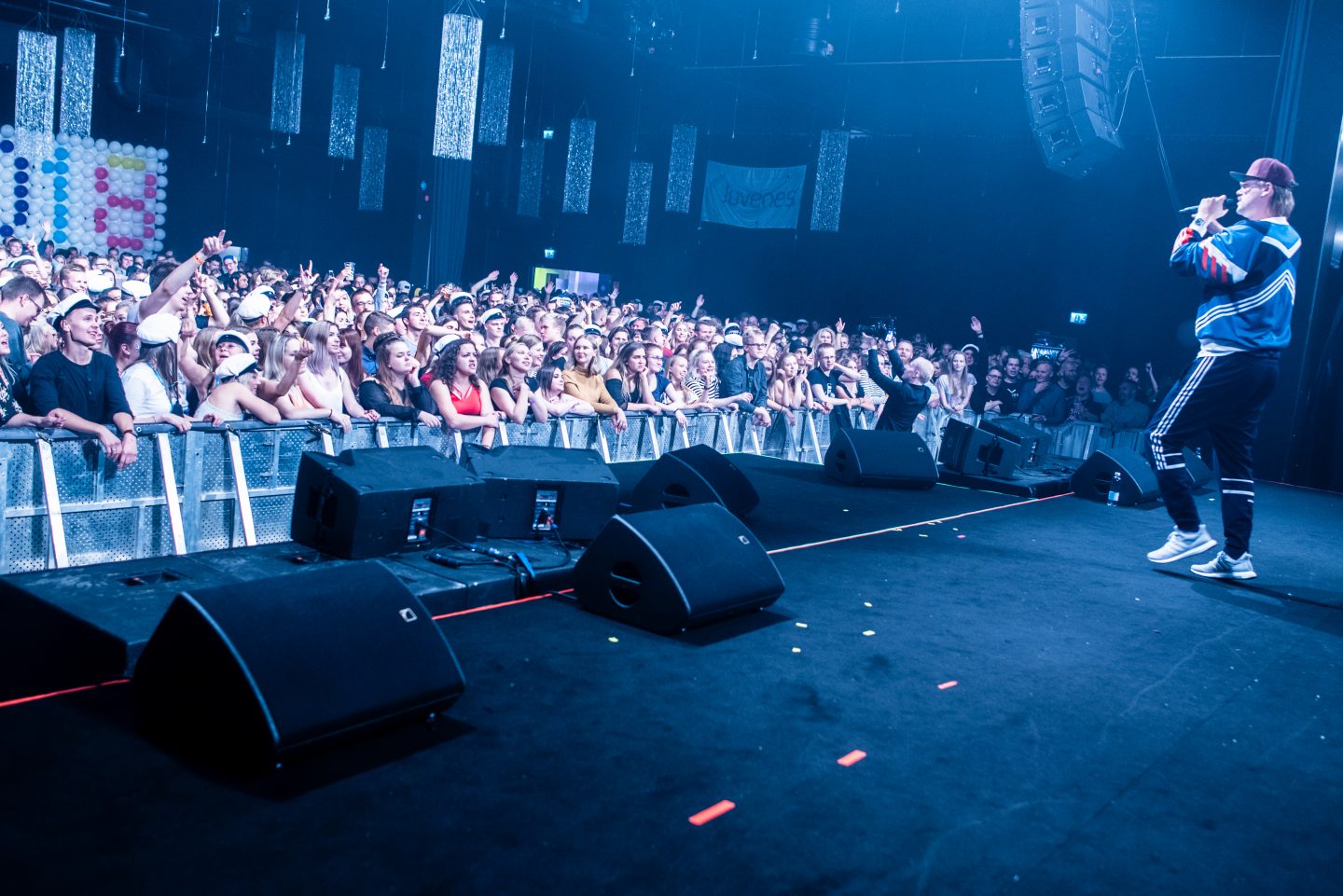 Last year Vulcanalia was arranged at Areena Oulu. Stig was the performer to end the night.

The board of the Student Union decided on the new location in their meeting on the 21st of February.

Last year the evening party was moved to an indoors location to Areena Oulu. The reason behind the move was the Student Council’s decision to move the event indoors. This time the location is changing once again, but for a different reason.

The organizers thought Vulcanalia worked out well at Areena Oulu. The reason for the move was not that they were not satisfied, but the desire to organize an even bigger event.

“Teatria can fit twice the amount of people. Since it is the opening event of the year, we want as many people as possible to be able to experience it”, Salomaa says.

Last year the tickets to the evening party were sold out before the event, so there is demand for additional tickets.

There are a few added reasons to choosing Club Teatria beyond additional tickets and an indoors location. Teatria has good light and sound technology and its own coat and bar services that help organize the event, Salomaa says.

Teatria is a familiar place to friends of concerts. It closed its doors for five years, but the renewed Club Teatria held its opening event in November last year.

The annual Vulcanalia student fair will be held at the Linnanmaa campus as usual.

Vulcanalia is being organized for the 25th time this year, and as the Oulu University of Applied Sciences move is edging closer, there are rumours of this being the last year the party will be held.

Is this the last Vulcanalia of its kind?

“To that I have to say: maybe! It likely is the last Vulcanalia because we will hold an opening party with Osako (the student union of the Oulu University of Applied Sciences) in the future. There are no papers signed on that yet, though”, Salomaa answers.

According to Asta Salomaa the anniversary of Vulcanalia means an even bigger event: “This year we will have the biggest artists we have ever had, I can say that much!”

Last year the performers at the evening event were Teekkaritorvet, Satellite Stories and Stig.

This year’s performers will be revealed in August. Salomaa is preparing the choices for artists and the board of the Student Union will make the executive decisions on performers.

Salomaa is not able to predict the cost of tickets quite yet, but she promises that they are aiming to keep the prices “as student-friendly as the previous years”.

Vulcanalia moving has nearly become its own tradition, as the event has moved every year since 2014. Since then the party has been seen in front of Ouluhalli, inside Ouluhalli, on the 2T parking lot of Linnanmaa, and lastly in Areena Oulu.

It is only fitting that the event ends in yet another location change.

“The fact that the possibly last Vulcanalia moves yet another time is the only logical solution. For others it’s tradition to always stay in the same spot, but for us it appears the tradition is to change places every year”, Salomaa laughs.

The first Vulcanalia was arranged in front of restaurant Rauhala in 1995. The event was organized in front of Rauhala until the year 2003, when it was moved to Kuusisaari. In 2012 the event moved from Kuusisaari to Möljä in Toppila.

While you wait for more news regarding Vulcanalia, you can reminisce last year’s party by browsing through Antti Törmä’s photo gallery from the event.