(Mis)understandings amidst the endeavor of a foreigner adapting to Finnish culture.

“Place where you be, do as you see” says a Peruvian saying. It is quite useful to blend into any cultural environment by being aware of the differences, to identify them and replicate them. Better to ride the beast than letting the beast ride you, isn’t it? I mean, either you are an international student or a local with international friends, this close contact with someone from a different culture for sure would have some impact on you.

This change is not accidental, neither exempt of conflict. Since we are social beings, we try to mix with the people surrounding us. At the same time, when hitting a new place, we are carrying our bag of beliefs and perceptions. In my own experience, after living in Buenos Aires for some years I went back to Lima with my voice volume a few levels higher, and a more straightforward attitude. If I left Peru being a quiet and reserved person, I came back as a loud and straightforward one.

What is happening to me here in Finland? A mix of everything. First living in Oulu and now married to a Finnish woman, I have Finnish culture in and out of home. And that has created some interesting, funny, or awkward moments. In any case, they helped me to learn more and get a deeper sense of how to behave in the local environment.

Sometimes I tell my wife that to take her to Peru I must train her, to change her trust beliefs. I mean, it has many lovely traditions and people are warm and celebratory, but it also has a problem with respect and trust. And same in most of Latin America. To give you an example, when I was 17, I was robbed two blocks away from home. Concerned, my mom called the police, and then I had this dialogue with a lady police officer:

OFFICER      (a little bit surprised) But you tried to knock on someone else’s door?

OFFICER      You need to learn how to defend yourself, young man.

I was embarrassed. Double embarrassed, for letting myself be robbed and for the later reprimand. It was my responsibility to take care of myself, which also included being aware of the potential robbers. Something similar happened in my university. If my belongings were robbed, it was my fault for not watching them. So, I learned how to go around the city, always aware of the surroundings.

With that background, you can imagine now what a big deal it was for me to leave my jacket on the hangers during winter. Yep, leaving them unguarded, in no locker. Free for anyone to take.

It took me almost half a year to gather the confidence to leave it there. It was a cold day, and I could barely focus on class, imagining myself going back home just with my shirt. Walking down back to the green rack, my heart was pounding. When I found it, I felt like a parent picking his child after the first day at the daycare. Joyful and relieved.

Since then, I am more confident about leaving my clothes in the common areas or leaving my backpacks on my seat while going to buy food on the train. However, I still lock my bike. Several posts on Facebook suggest robbers here do not care about money or laptops, but their obsession is those devices with two tires.

The nuances of the system

When I go to the hospital emergency room, I know where I must go just by following the lines on the floor (red, green, yellow, black). I know what percentage to pay for taxes and what my retirement fund is. In need of a bus, I know at what time it is coming.

The system here is planned and effective. So, when I got appendicitis and was taken to the hospital, I thought that everything was settled just by giving them my personal ID. Convinced of this, I had a pleasant stay at the hospital, thinking of how well articulated the system was: just with my ID they were able to contact the insurance company that I put in my migratory application. Success. I left the hospital with this feeling. But unluckily it did not last forever.

It was a day like any other when I received the bill. It was not only for the operation, but also included the penalties for late payment. I was perplexed. I left the hospital with no one telling me anything about a bill. Now I also had to cover extra costs. Why did the nurses not tell me this? I asked this to the people in charge of the bill. “It is not their job”, they replied. And I got perplexed again.

In my previous hometown, although there were abysmal differences between the private and public healthcare system, they both shared something: if you owe them something related to your treatment YOU MUST PAY before leaving. With this background, I was struggling to understand how here everything was so different.

Although grateful for such a lovely attention, I felt a little bit bitter because of the misunderstanding. I mean, after receiving an explanation in the integration course about sexual consent and that I could not circumcise my children without the doctor consent, I was expecting something a little more detailed. Especially when there was money involved. Anyway, I paid straight away and began the process with the insurance company. However, some weeks later, there was another bill. And in this case, it came after they took the money from my bank account. This time I was just furious.

By the point I got the bills, I came back from another country after declining a doctorate position offer. What if I would have left Finland and stayed there? The local services would have lost the money. Maybe even got the impression that this guy with a foreigner name did not want to pay it, when in reality I was not even aware of how the system worked and no one explained to me.

After that I make no assumptions. Even if I sound dumb, I always ask all questions to avoid problems. It feels a little bit like back in school, when asking teachers the questions that my friends did not dare to ask to keep looking cool. Since there is enough cool here, I don’t have to worry about that.

Studying my Bachelor, I used to have a friend who invited me to go for a beer whenever we met. “Now?” was my usual response, and it always preceded her laugh. For her I was a manic who had to plan everything at least a couple of days ahead. And in that sense, I feel that Finland and I had a wonderful relationship.

Do you remember that application that I said I declined? Well, one of the main reasons that led me to make that decision was the lack of planning. I could not get paid, because I did not have the local ID. To obtain it required around two months, but I only received the acceptance letter from the university two weeks before. After having lived in Finland for a couple of years, that was just impossible to bear.

However, during my studies I also unveiled some other aspects that differ from the usual Finnish thorough planning approach. I explain, before coming to Finland, I used to work as a university teacher in Peru. Mostly with experience in profit-oriented organizations, I was required to grade students several times during the semester. More exactly, three to four grades for practical exercises, and two for mid and end-term tests. And the administration assessed me, according to my compliance with the academic calendar. So, if I was late entering the grades, I would get a call from the coordinator to have a “nice chat” about my performance.

After these experiences, I was somehow manic to deliver all my assignments on time. I could eat or sleep later, but it had to be a well done and punctual delivery. So, you can imagine my surprise when hearing a teacher saying:

TEACHER     Just deliver it when you finish it

And those words bring pure joy and bliss to my heart. I disliked that course from the bottom of my heart, but now I had until whenever I pleased to complete the final task. Not next week, neither the end of the semester. No, it was just me and my free will to deal with it. Well, kind of, because I still had to finish the university in two years or pay the corresponding fees.

I did not think about that task again until my classmates started to wonder why we did not get the grades yet. Then, I made peace with the course and deal with the assignment. I finished it during the weekend and send it. It was 67 days after the course finished (I just counted them again for the purposes of this article). The next day we all had our grades. I got a 5, but the guilt of delaying everyone else’s grades made me promise never to delay an assignment again.

With this article I do not pretend to make a generalization of the Finnish society, I just share things according to my own experiences during my time here.

When I came here, I thought that Finland was heaven on Earth. Now, I realized that as any other society, it has its pros and cons. Most of my experiences here had been sweet, and the few bitter moments did not alter my perception that this is a really organized country that cares for people. I am now curious to see how Finland would look in a few years, when more and more foreigners settle down on it. 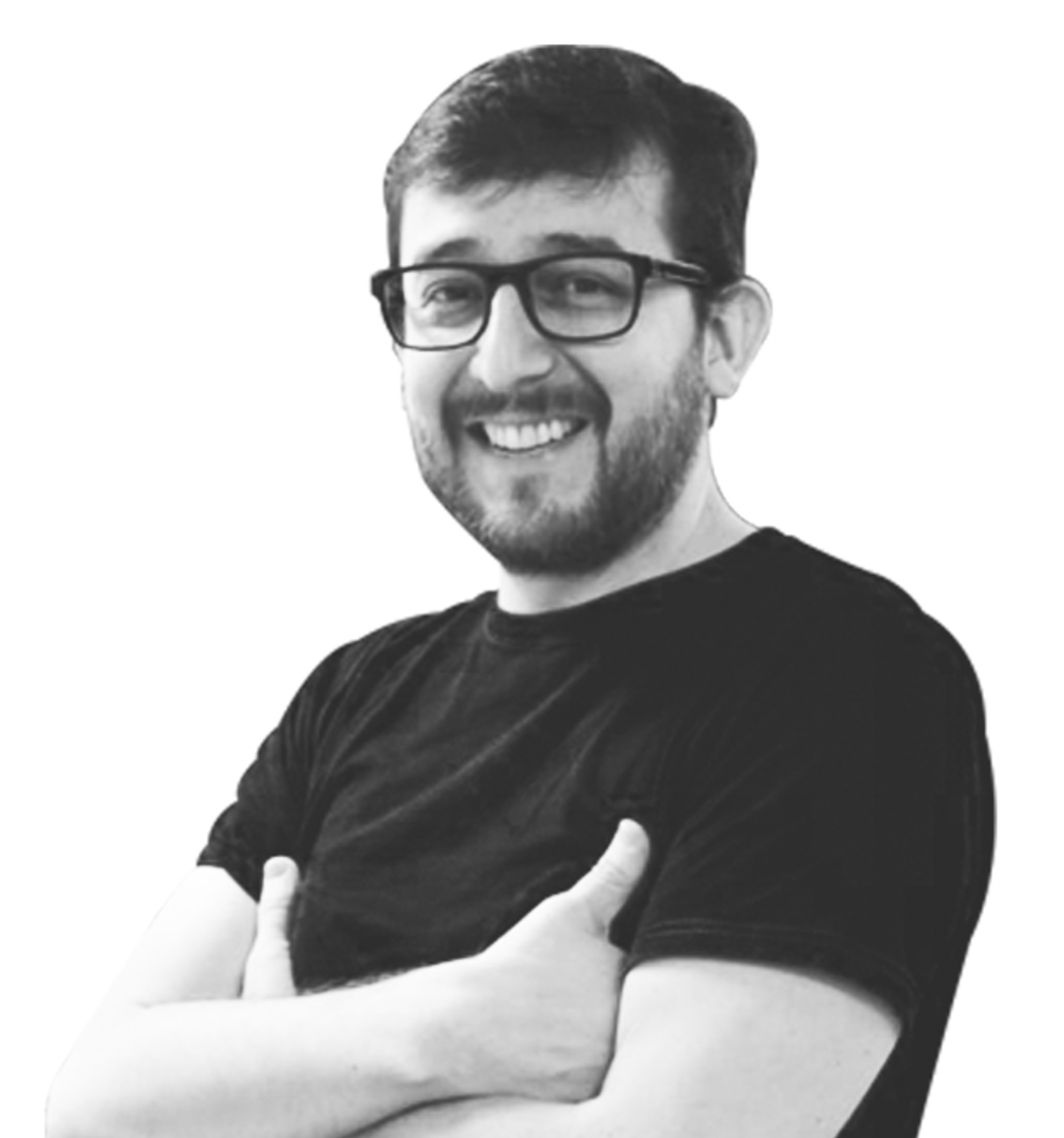