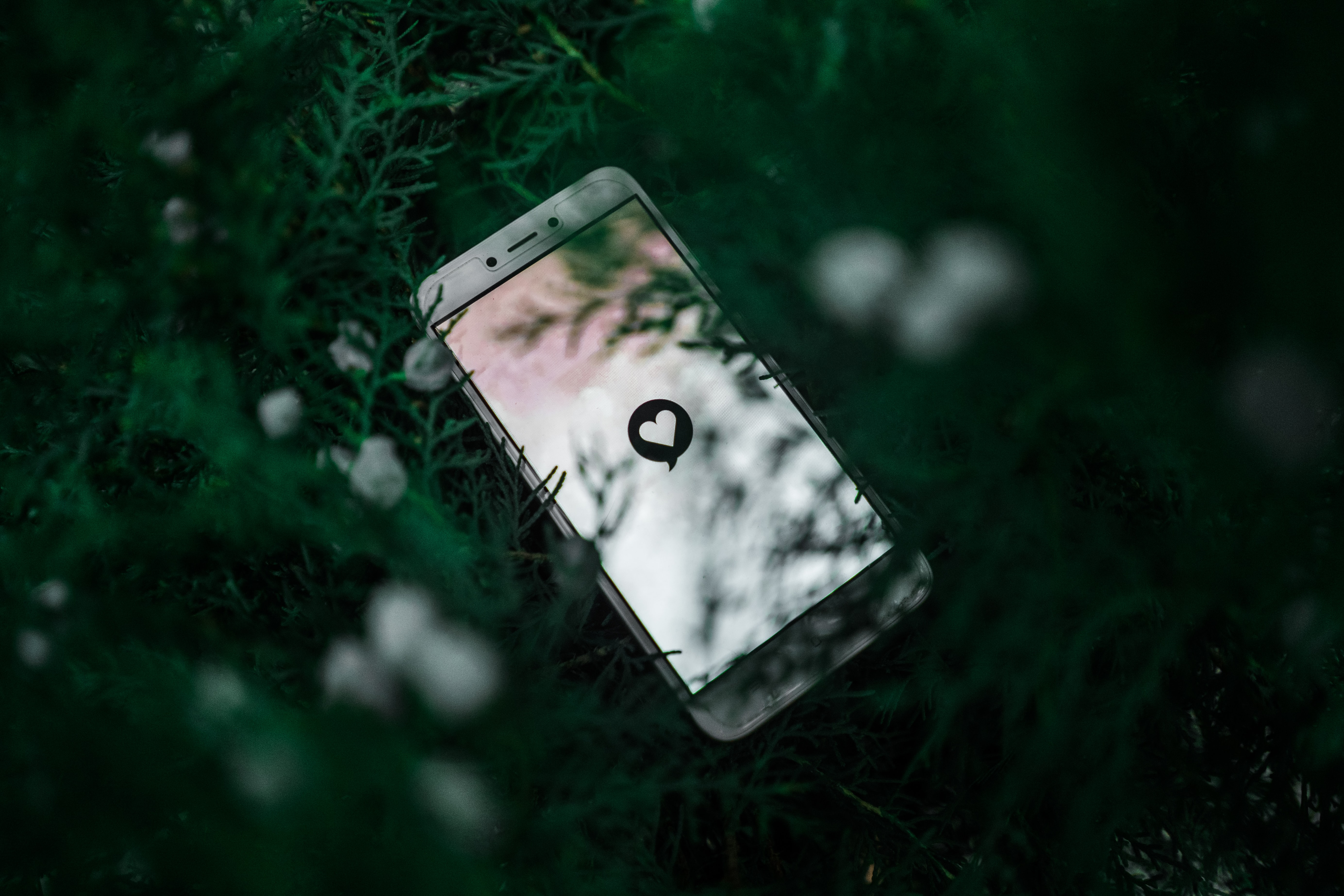 Tinder makes it easy to talk to people and test the waters of dating without getting too up close and personal. Photo by Pratik Gupta on Unsplash.

What do you think about Tinder? Do you approach it as a dating facilitator or just as a convenient place to get to know new people? You may like, dislike or just be indifferent to it, but one or more of your friends might contribute to the over one billion swipes the app processes daily. Yep, a billion.

The nature of Tinder is simple. With only a picture and some basic info, you can create a profile. Then, based on your location you will see other users’ profiles and decide if you want to interact with them (swipe right) or not (swipe left). If two users like each other a match and the talk begins.

To know more about the experiences related to this app, we invited people to respond to a survey regarding Tinder. The thirteen responses from Master’s and Ph.D. students depict how the platform is perceived, used and sometimes avoided. Of course, their names have been changed to preserve their anonymity. You know, what happens on Tinder, stays on Tinder.

For its developers, Tinder is a social networking app for meeting people. However most users will mention that the main functions of Tinder are finding dates and sexual partners.

The latter was the case for most of our interviewees before joining the app. At that point, the meaning of “I am on Tinder” to them meant “being single”, “looking around” or just “looking for sex”.

This tension between points of view seems to be also in academia. Some researchers attribute the rise of apps like Tinder to their diffusion of casual sex. Others, however support that Tinder is more often used for entertainment purposes, locating casual sex being among the least common uses of Tinder.

In that regard, many of our interviewees mentioned using the app to get entertained. That was the case for Malena, post-doc student at the university.

“It used to be something I was doing to kill the time, almost the same as a game on the phone. But I also happened to check the profiles with some friends, a couple of times, just to laugh together.”

For Beatrice, from Italy, it also began as a game, but later it became something else. “I started using the app just for fun. Me and my friends looked at profiles of people and judged them. That is how I met my actual boyfriend there.”

Instead of entertainment, others found boredom on Tinder. At least that is Ramon’s perception.

“When people tell me they are on Tinder, I understand they are in the upcycle of loneliness and want to meet people… until they get tired of Tinder always being the same and get bored of it.”

What drives people to Tinder?

According to a study conducted in the Netherlands, people’s motivations to use Tinder can be classified in six categories. Beside the common ones (casual sex and love), the study also mentioned using Tinder to receive positive feedback about one’s appearance, thrill of excitement, ease of communication in online environments, and trendiness.

When reviewing the motivations of our interviewees to start using the app, we found some similarities. For example, some were looking for a relationship (love), while others were exploring an interest in the same gender, or trying dating again after a break-up (sex / love). Others were curious due to friends’ suggestions to use the app (trendiness). Some started using it to develop flirtation skills or to overcome solitude (ease of communication).

In the case of Julieta, a Master student from Brazil, her response included not one but many of these categories.

“Flirting in real life wasn’t really working, and I was much shier that I am now. So, it was an interesting way to flirt, have conversations and meet new guys. Also, everybody was already using it, so if I wasn’t there, I would be out of the system.”

If there is a wide variety of reasons to join the app, why is Tinder viewed as a hook-up platform? Beatrice offers an explanation after using the app for 5 years.

“Because many people use Tinder just to find sex, people have a negative opinion of it. But I think that if used in the right way, it  can be a good tool to get to know, interact with and meet new people.”

Many of our interviewees seemed to feel the same way, because of the interesting people they met using the app. For instance Ramón, a Master student from Spain, had a surprising and unexpected encounter thanks to Tinder. He was in India when he matched with a model.

“I ended up spending my last 3 days in Delhi with her. She took me to the most posh parties and afterwards slept in the slums of Delhi. We would have dated if I lived there, but we still talk.”

Similarly, when asked about her craziest experience using Tinder, Adele, French exchange student, remembers her first encounter with a stranger.

“I took the bus to his city, one hour away from mine, and he was supposed to take me back. I was there to meet him after almost one month of chatting. But I did not know him. I had no idea who I might run into. What if something did not go well? Luckily, he drove me home as planned. We kept seeing each other, and now he has been my boyfriend for almost 18 months.”

Despite the good experiences, there are also cases where users, especially women, suffered bad experiences. Angélica and Lyyti had negative experiences in their real-life encounters. After meeting a neighbor through Tinder, Angélica found out that he had a wife and a newborn child he had not told her about.

Lyyti faced a violent situation with a guy when she met him for the first time. “He tried to strangle me, I guess in a sexy, fun way? I did not find it sexy or fun. I never met him again.”

Even though many users considered no differences in the practices of men and women while using the app, it was intriguing that many female interviewees expressed they use  different strategies to avoid uncomfortable situations.

For example, identifying potential unwanted profiles (“there are weirdos everywhere, you need to learn how to identify them – and you gain experience with time – and how to avoid them”), elaborating a profile according to your interests (“I wrote a long description because I consider it important, especially when you are looking for something in particular. In my case avoid people who are only looking for one-night stands”), and have a protocol for the first dates (“to meet someone that doesn’t belong in your social network could be dangerous, so it is always an adventure. That’s why you should meet in a public place, never in your own house, or the other person’s house”).

None of the interviewed men mentioned any event related to violence or risk. Maybe the platform just replicates the behaviors of the offline world? Our interviewees mentioned behaviours associated with traditional gender roles. Some examples were passive-active roles (“women tend to be pickier because they are “chased”, and men have to do the chasing”), abusive behavior (“there was too much showing-off and pressure”), and plain machismo (“being a girl on Tinder is a lot worse than being a guy. Girls are quickly insulted and reduced to macho comments”).

According to Yan Asadchy, researcher of online dating culture, although some traditional roles are replicated within these platforms, there is an increasing demand in power for women. For example in India, the female audience is commonly facing straight-up and intolerable harassment, Asadchy says.

This motivated Tinder to implement a ”My Move” feature that allows women to choose only they can start conversations after a match. This decision is highly coherent with the design of Bumble, the application that empowers women by putting them in a position where they can decide if they want to write their match or not.

On the contrary to heterosexual users, Fernando and Raija found that gay users may find the use of Tinder easier. For example, Raija found a more relaxed space to develop her curiosity. “I got interested in the same gender and found it very easy to use to Tinder: otherwise there’s a heteronormativity in society. We need to ask people who they’re interested in.”

Similarly, Fernando considered that “there might be roles that heterosexual users have using the app: who approaches whom first, who asks whom out first, and so on. This mirrors heteronormative social roles of men and women. Queer users, on the other hand, tend to disregard these roles.”

The core of Tinder

In an article of 2013, the columnist A. David claimed that Tinder does something “no previous app or dating site ever has before: it makes everyone feel okay about hooking up with near-strangers.”

Even though many interviewees met their long-term partners on Tinder, for Yan Asadchy the design of the Tinder’s interface might drive you away from achieving this goal. ”Maybe they really want to find a long-term romantic relationship, but the design of Tinder invites you to behave in a different way.”

In a study about the swipe logic of Tinder, the authors defend that the almost exclusively image-based interactions, the scarce information, the binary response (like or not like), and the awareness of depending on the others according to your location, creates a tension between desire and anxiety.

One swipe after another, the selection can become addictive. In that cycle individuals are diluted, they become a part of the mass. Or as Lyyti says: “the massive ‘selection’ of people that Tinder brings to your fingertips might make other people seem more disposable.”

Dating always causes tension. While both agree to spend some time together, no one knows exactly what the other is expecting. So, the tension between expectations and possibilities of differences are constant. However, on Tinder that complexity is reduced to a simple swipe, a match and a few lines, before making potential contact. Maybe that explains some of our interviewee’s criticism of Tinder.

For instance, for Ramon the app  creates a superficial image of people. He thinks that “overused conversations become meaningless and fail to portrait either of the participants as a person”. On the other hand there is Irma: “communicating through the app made it easier for me to be indifferent towards others and not really care what they thought about me.”

Despite criticism of scholars or users, Tinder is here to stay. The more than 50 million users of the app prove that. So, next time someone brings Tinder up in a conversation, assume nothing and listen. Maybe you will find as many interesting stories as I found while writing this article.