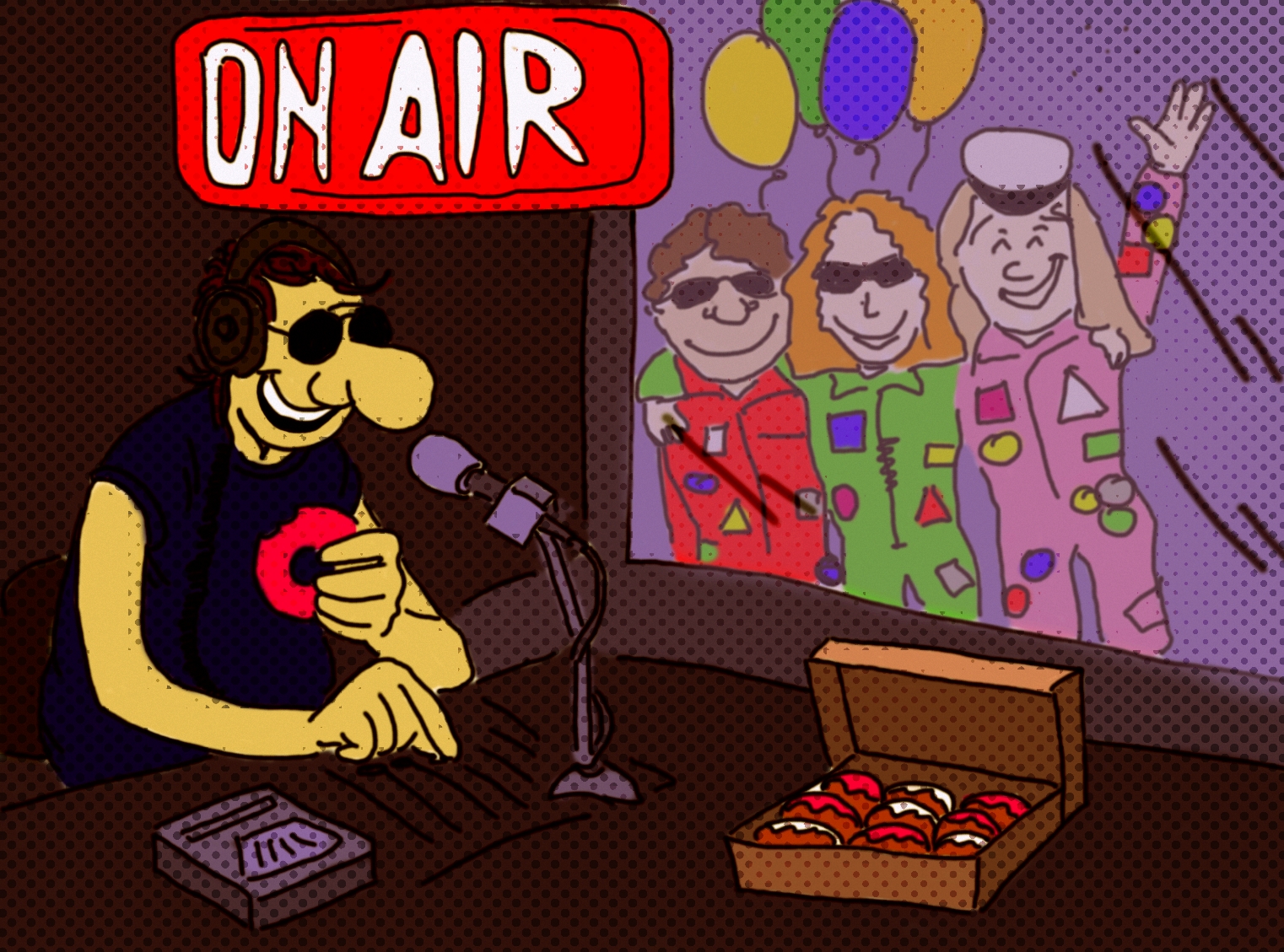 After other student-ruled cities like Lappeenranta and Tampere had made it a thing, Oulu finally established its own Wappu-radio in 2013.

The idea is fairly easy: Have a radio with different shows on air 24/7 during Wappu. The execution? Surprisingly smooth, too!

On air you can theoretically sell advertising space for all sorts of deals: Equipment, a studio, cash, internet for a live-stream-option or pretty much anything you can think of. Even personnel if needed, but in Rattoradio the technically skilled boys and girls do almost everything themselves. Some students from the University of Applied Sciences have a journalistic background. By today, five years after its launch, even most of the equipment is owned by the non-profit organization Rattoradio itself. The music is played old school style via hundreds of CDs that are borrowed from the library or owned by the show-makers themselves.

Yes, there is a lot of troublesome work behind the entertainment!

By students for students

Who is behind all this? No one else than your fellow students, actually! In fact, why are you not one of them? Anyone can apply with an idea for a show as a producer or as some kind of other helper. Even though the slots have been planned for this year you may still be able to help. Fitting all show-ideas into the one-week-plus program has never been a problem so far, explains the 2017-editor-in-chief Lauri Pekkarinen. Every year the radio is improved and becomes more professional. A formal application including time slot preferences it is now possible to give space to old and new members in a fair and equal manner.

Around 80 people have announced their interest this year interest for what? Volunteering?. On three days ,the 21st, 26th and 28th of April, between noon and 14 o’clock, the English show “In Your Mama’s House” can be listened both on radio via 98,1 MHz and online. Rattoradio is also interactive which means that the listeners can send out song requests, ideas and random thoughts through a shout-box on the website, or call the studio if they want to hear their voice on air.

Rattoradio won’t ever leave you during Wappu: There is never a minute without a show from April 20th until the day the freshmen are baptized in the river on April 30th. Then it is all over and finally the hosts can enjoy the Wappu celebrations as well.

Lauri remembers the most challenging part of his Rattoradio career, which goes back to the very beginning, to be one 11-hour-show without sleep. Bathroom breaks are only possible during songs. Did you know that a radio show might get a fine from Finnish authorities if the silence lasts for too long? This is some serious business here!

You must obey the rules

The producers and hosts of Rattoradio take their job very seriously even though it’s all voluntary and for fun.

In order for everyone to be prepared for the job there are training sessions organized by the board of the organization to practice speaking, behaving and dealing with unexpected situations. No one should ever forget the one and only Golden Rule of Rattoradio, which is the No-Narcotics rule. Even though it might be challenging during a party-time like Wappu and even though we might find ourselves really funny when we are wasted, let’s be honest: we probably are not. Also, the equipment is just a little bit too expensive to be washed in a beer-bath.

Rule number two is about using swearwords. This rule may be circumvented with money, since hosts who know they are going to use the V-word inevitably in a frequent manner even pay in advance into the swear-jar.

The essence of a smoothly working radio-show is, just like in any well-working relationship, mystery. The studio is a secret place: Even the hosts themselves just recently found out where to show up on Thursday.

It has happened too many times in recent years that uninvited guests have showed up and wanted to “contribute” to the show. Rumor has it that something bad happened when all chairmen of the technical guilds were invited to a show at the same time, which has resulted in having them only one-by-one nowadays. No one wants to talk about the incident in detail since it must have been very traumatizing.

You see, besides the fact that this is a Wappu-program, a time in which people are usually not their brightest selves, Rattoradio is operating rather professionally. After all, the volunteers have a face to lose in front of sponsors and here in Oulu we try to do everything just a little bit better than in other student cities.

Stay tuned online or through your radio

It sounds that by sticking to a few rules there are fun times ahead when being a part of Rattoradio. Producing and hosting an own show, playing one’s favourite music and maybe even being the background entertainment for one of the Wappu-parties in Teekkaritalo is a great opportunity for stage hogs.

Furthermore, just being in the audience while your friends are hosting is kind of like having a pre-party with them while they just happen to sit in front of a microphone. So don’t miss the shows, starting on 20th of April. If you got interested in being a part of this experience, just contact paatoimittaja@rattoradio.fi and see how you can help!