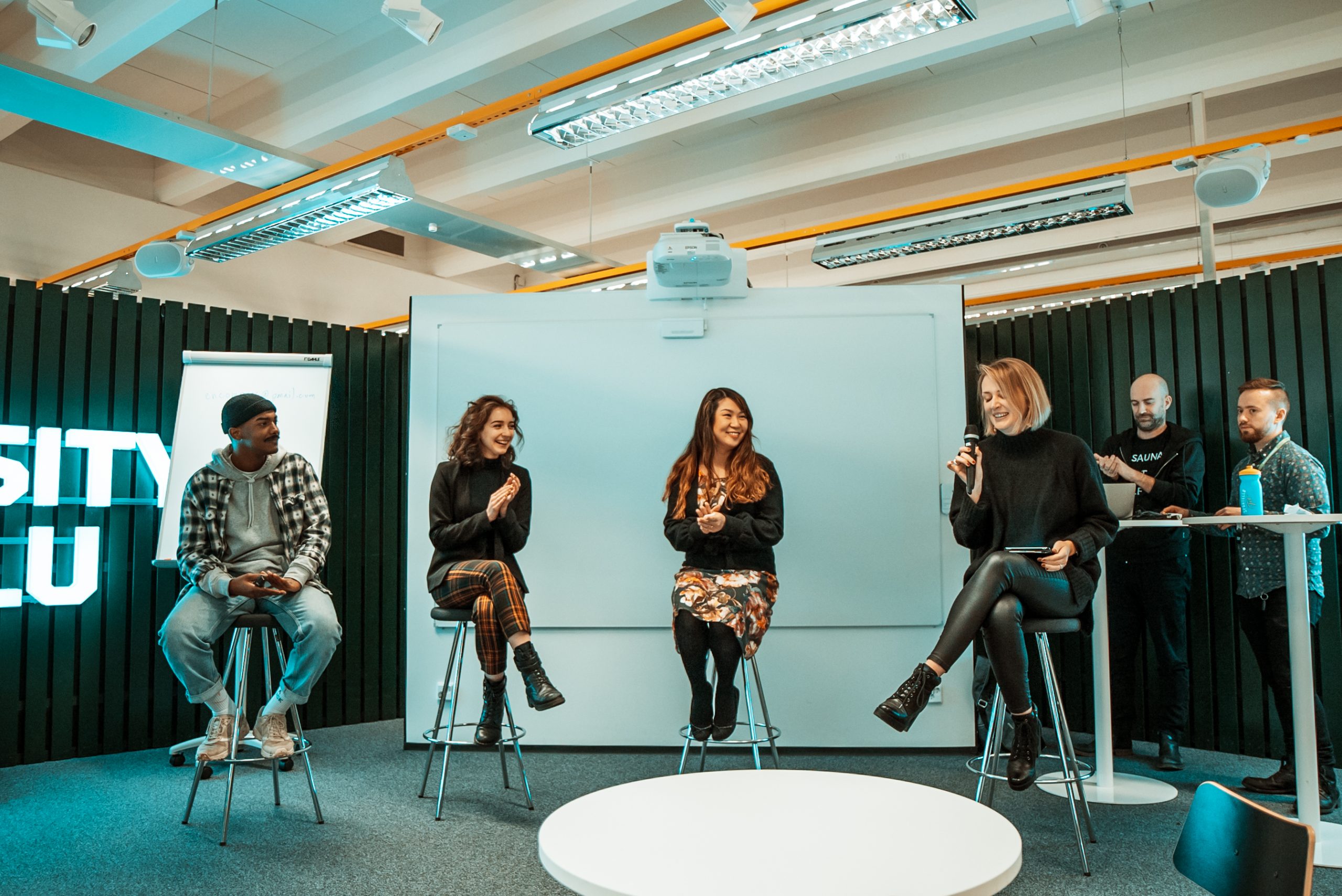 Löyly 2020 was held in the Linnanmaa campus. Similar keynotes will be held this year. Photo by: Hadi Nikzad

January has rolled around again. At the University of Oulu, that means it’s almost time for Löyly. Many people have yet to return from their holiday break, but the organizers of the event are already busy preparing. One of them is Katariina Sarja.

“I don’t think we ever considered cancelling the event. Instead we decided to move to an online environment pretty early on”, she says.

Löyly is an employment event aimed especially at international degree students. In short: its aim is to help students find a job in Oulu. This year the corona pandemic has changed plans, but the event is going to be held again, for the fourth time this year.

“Löyly has been a hybrid event even in previous years. That is, we’ve streamed some of the program to Youtube and Facebook. As the corona pandemic hasn’t let up, we’ve moved completely online for this year”, Sarja explains.

Sarja is organizing Löyly for the third year in a row on the 14th of January. She hopes that despite the pandemic students will find their way to the event once again.

Apart from helping students find jobs, the aim of the event is also to let businesses in Oulu know about the potential that international students hold. In previous years this was done by holding a job fair with local businesses. This year that’s not possible, but the key parts that make Löyly what it is remain unchanged.

“The constant in Löyly is the core of the program: keynotes and workshops. These weren’t all too hard to move to an online platform”, Sarja says.

This year the event focuses on different aspects of employment, especially during the pandemic. How to make connections and network amidst a pandemic and how to make an impressive video CV are some of the questions the event will answer. In total the one-day-event includes 3 keynotes from different speakers and 2 workshops.

Despite months of preparation, there are still unanswered questions in holding an event online. One of them is the amount of participants compared to previous years.

“I have no idea how many people we can expect this year. There’s a chance that people from outside of Oulu will also participate online, but at the same time this academic year we have fewer international students than usual, so less participants from Oulu”, Sarja ponders.

Instead of fancy stages and lights, the keynotes will be held from the speakers’ own computer screens. Still, there are also upsides to organizing an event virtually.

“We are free of the shackles of physical events, for example having to be in a certain place at the right time, having to come to the campus physically. It will be interesting to see how it goes on the day”, Sarja says.

Sarja hopes that the event will go smoothly, but also that the atmosphere will be equally inspiring online.

“I hope that people will have room to compare their own employment stories to Löyly’s program somehow.”

The event will be held next week, on the 14th of January. Sign-up is still open and the organizers hope to reach as many people as possible.

“The start of the year is a good time for anyone to broaden their skills and think about their future work. There is no need to know anything beforehand, you can just show up”, Sarja says.

An online-only event is a first for Löyly, but the organizers think that the future will hold even more online features. Their vision is to continue with a hybrid of online and offline parts but to also strengthen their online presence. The future is largely unknown, but hopes are high.

“I hope that every single international degree student will know about Löyly in the future, that they will know where to go and possess all the skills taught at the event”, Sarja concludes.

Löyly 2021 employment event is organized by the Student Union of the University of Oulu (OYY) and Student Union of Oulu University of Applied Sciences (OSAKO) together with Business Oulu. The event takes place online and consists of workshops and keynote speeches. You can find the sign-up form and the program on the Löyly website.