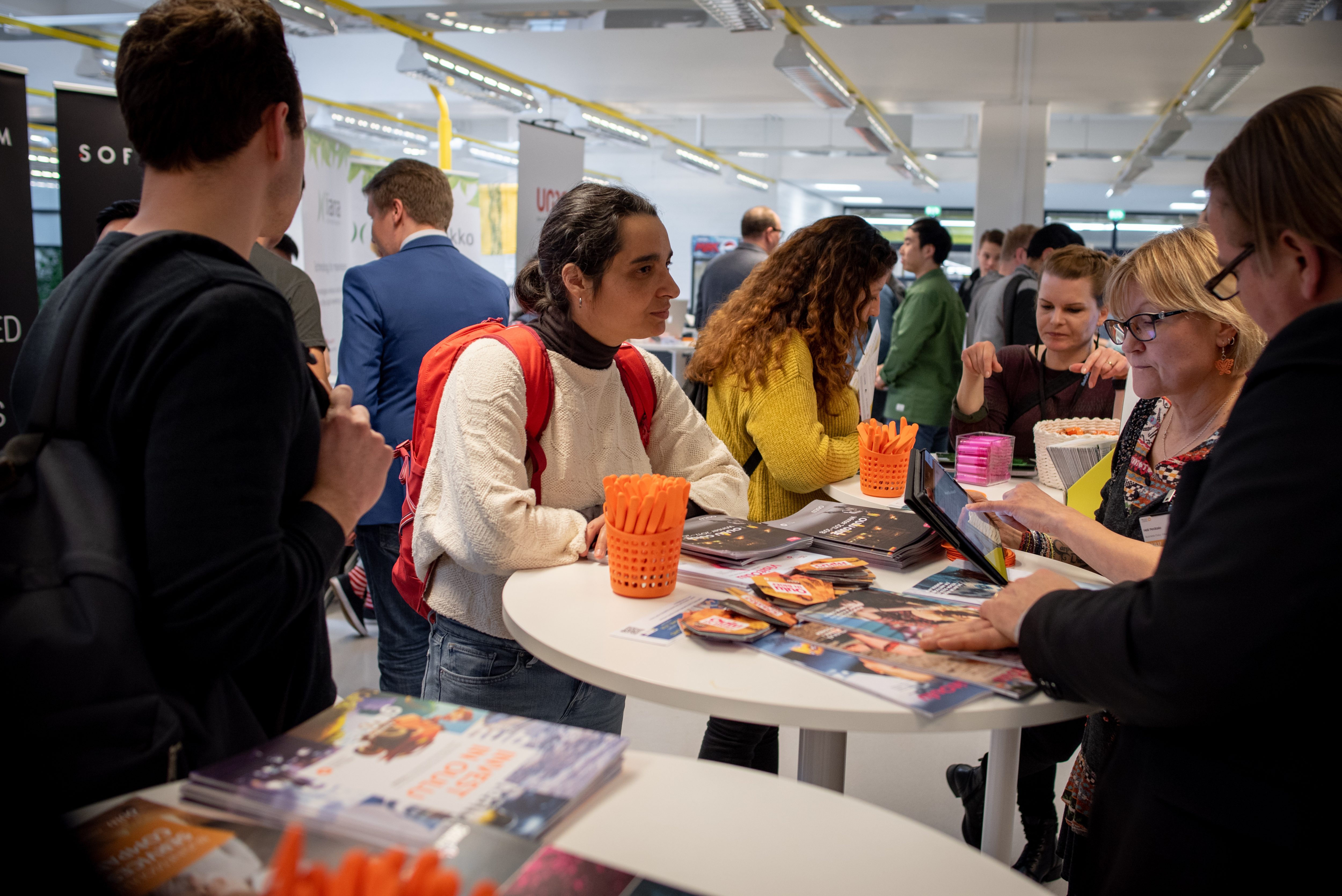 In order to answer the questions the Löyly team conducted a survey. Team members were surprised to find most of the students’ questions were quite basic.

“Last year we didn’t realize to focus on such concrete things. This year we have a workshop for how to find job listings to begin with”, says Asta Salomaa, the event producer and community specialist for Student Union of University of Oulu (OYY).

“Based on the feedback we received, basic information and job listings are not easily accessible”, Sarja says.

One of the biggest questions international students asked was about the language barrier. They want to know how well you really need to know Finnish in order to get a job in Finland.

Based on feedback from last year, Löyly has adjusted and aims to answer more concrete questions international students might have.

“For example, this year we have a person from the public employment services coming to talk about everything, starting with taxes. The workshop is an ABC in how to start looking for a job”, Sarja says.

Other, more abstract questions like cultural differences will be addressed in the keynotes. Topics vary from integrating to the workplace to how Finnish people seem to foreigners on the outside.

Löyly is being organized for the second time this year. Salomaa, who organized the event also last year, says the first Löyly was a success.

“The feedback from both participants and companies after the first event was positive. They felt this event was truly needed”, Salomaa says.

The Ministry’s aim is to add more support and opportunities for internships, goals that Löyly shares.

“We want to awaken employers to see if they could post more job openings in English and offer more opportunities for internships”, Salomaa says.

Löyly 2019 is a two-day event, held in two campuses: the first day takes place at the University of Oulu on 18th March, the second at the Oulu University of Applied Sciences on 19th March.

This year’s event also has a new added factor: OSAKO, the Student Union of Oulu University of Applied Sciences.

Salomaa explains that the original concept for the event was a collaboration between OYY and OSAKO, but due to personnel changes OSAKO could not participate the first time around.

“Last year we got together with OSAKO and discussed what challenges international students face. We came to the conclusion that it doesn’t matter which school you attend, the challenges are the same”, Salomaa says.

To prove this point, the program for both days of Löyly are nearly identical, the only difference being in the key speakers. At both campuses the speakers are graduates of the schools respectively.

“We wanted to bring alumni to speak about how your career path can progress from the studies of the school”, Sarja explains.

The Löyly team also added more workshops to the event due to their high demand last year.

What’s next for Löyly?

“I want to prove that the concept works in two different schools, so why not bring it to others as well? My goal is to make Löyly into an event concept package that you could bring into any university, because each one faces the same challenges.”

In a matter of weeks Salomaa is going to pitch the Löyly event concept to other student unions. She hopes that other universities will also want to invest in the employment of international students.