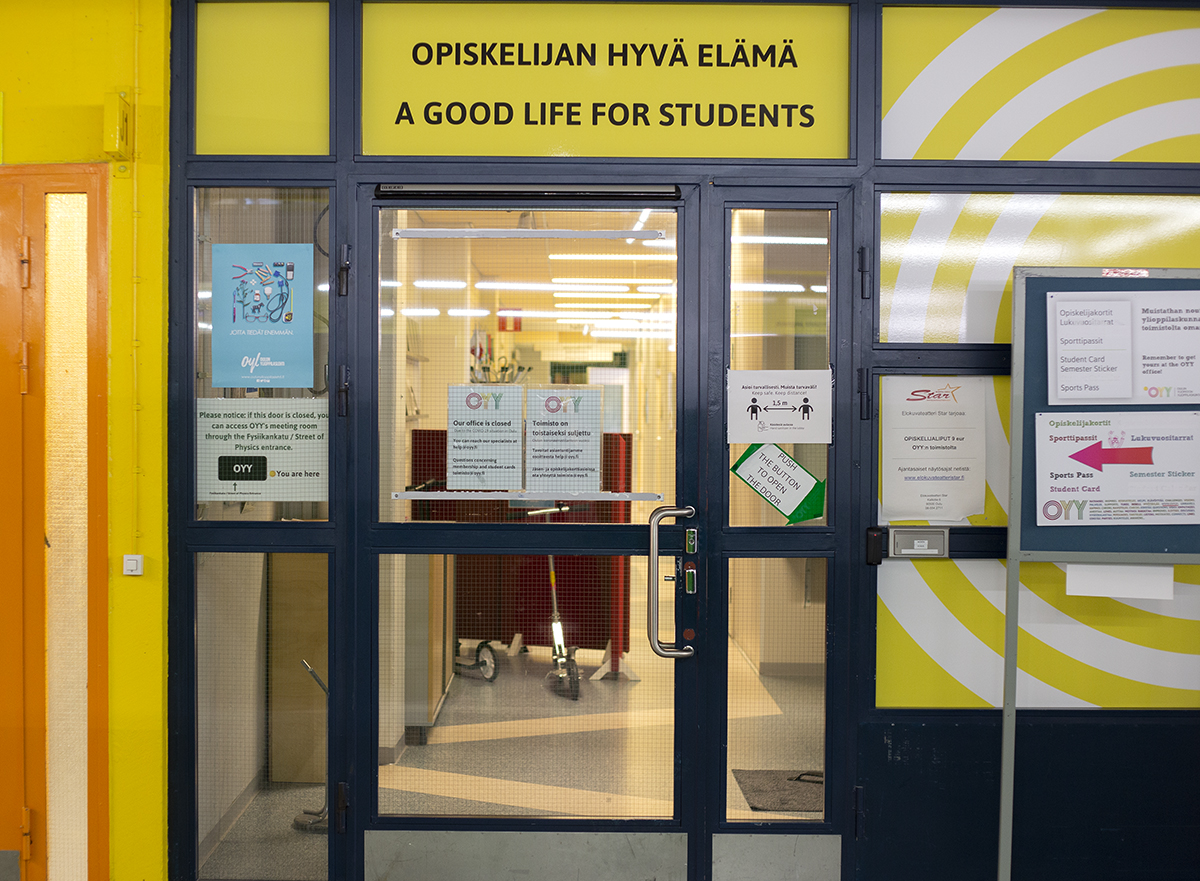 Read this story in Finnish.

“The scholarship model is to be weakened for students from outside the EU and EEA area”, says Olli Joki, Chairman of the Student Union of the University of Oulu Board (OYY).

OYY issued a statement regarding the Oulu University international students’ study grant reform today. The reform is to be decided on at the University Board’s meeting tomorrow, Thursday the 25th.

”The current suggestion weakens international students’ grants significantly and continues to weaken them throughout the strategy term”, the statement says.

The statement doesn’t only concern the weaker funding, it also concerns the decision-making process. OYY’s Board says that the Education Management Group discussed the changes at length but the proposal made to the University Board differs from the discussions.

“The University Board is now being presented with a completely different model than what was to be presented on the basis of the discussions. This model is much weaker from a student’s perspective.”

In its statement, OYY demands that the decision-making process be suspended and that the reform of the grant model be prepared more thoroughly. The goal of the statement is that the University Board meeting on Thursday would not approve the models presented to it. OYY also says they are worried because the consequences of the new models have not been estimated.

”In our opinion, such urgent and careless preparation is not good administrative practice or in line with the values ​​of the University”, Joki says.

Less funding for a student?

Presented to the Board on Thursday are four different options for scholarships.

In the first option, no scholarship is awarded to the student at all.

In the second option, each student pays the fee for their first academic year in full. From the second year onwards, the student has the opportunity to be reimbursed 70 percent of the tuition fee, as long as they have completed the required number of studies and have fared well in their studies. In bachelor’s programs for the third year and for master’s studies, the scholarship is 70 percent per year if the same conditions are met.

In the third option, the student also pays the full tuition fee in the first year. For the second year of study, the grant is 50 percent if the conditions are met. In bachelor’s programs, the scholarship for the third year and master’s years is 50 percent.

The fourth option is for exceptional cases. It grants scholarships every year and the percentage stays the same throughout your studies.

Compared to the current models the proposed change affects the amount of funding and also when a student is eligible for funding. The current models allow grants from the first study year unlike the new models being proposed.

“An individual student in particular cannot be sure if they will receive a scholarship for their entire study period. The new grant system also limits applicants to those from only a good socio-economic background, which may limit the number of good applicants”, Joki says.

The current tuition fees are around 10,000 euros depending on the subject. With the current scholarship model, at best a student pays nothing for their tuition and at maximum they pay 5,000 euros per academic year.

In the models proposed to the University Board, the student will have to pay the entire 10,000 euros for their first year. After this, depending on the model, they pay either 5,000 euros or 3,000 euros per academic year. For example, a three-year bachelor’s degree currently costs from zero to 15,000 euros and. Based on the proposed model it would cost at least 16,000 euros.

Of the proposed models, the most advantageous for the student corresponds to the most expensive option of the current model. On top of that the student will in any case have to pay the full amount of 10,000 euros for their first year. Taken as a whole, the new proposals increase the tuition fees for individual students.

The goal is to delay the decision

“I don’t understand what motivates this change. It is going well now, so why change this system? One of the pillars of Finland’s education system is free and quality education for all, this step by the university weakens it”, Vivek Manjunatha Swamy of the OYY Board says.

“Changing the scholarship system limits the opportunities for international students. It is no longer a single question of whether they are academically qualified, but of their financial situation too.”

The number of scholarships has decreased since 2018. The model now being prepared would further reduce the scholarship received by the student. The University justifies reforming the model by cutting red tape and developing education.

“One significant thing that will change is that the number of grant recipients will be reduced. This was not discussed at all in the Education Management Group”, Eetu Leinonen, OYY’s Specialist of Academic Affairs says. “Our intention is that no decision be made.”

The decision on the new scholarship model will be made at the university board meeting on Thursday, February 25th. It remains to be seen whether OYY will be able to delay the decision-making or return the matter to preparation, as hoped in their statement.