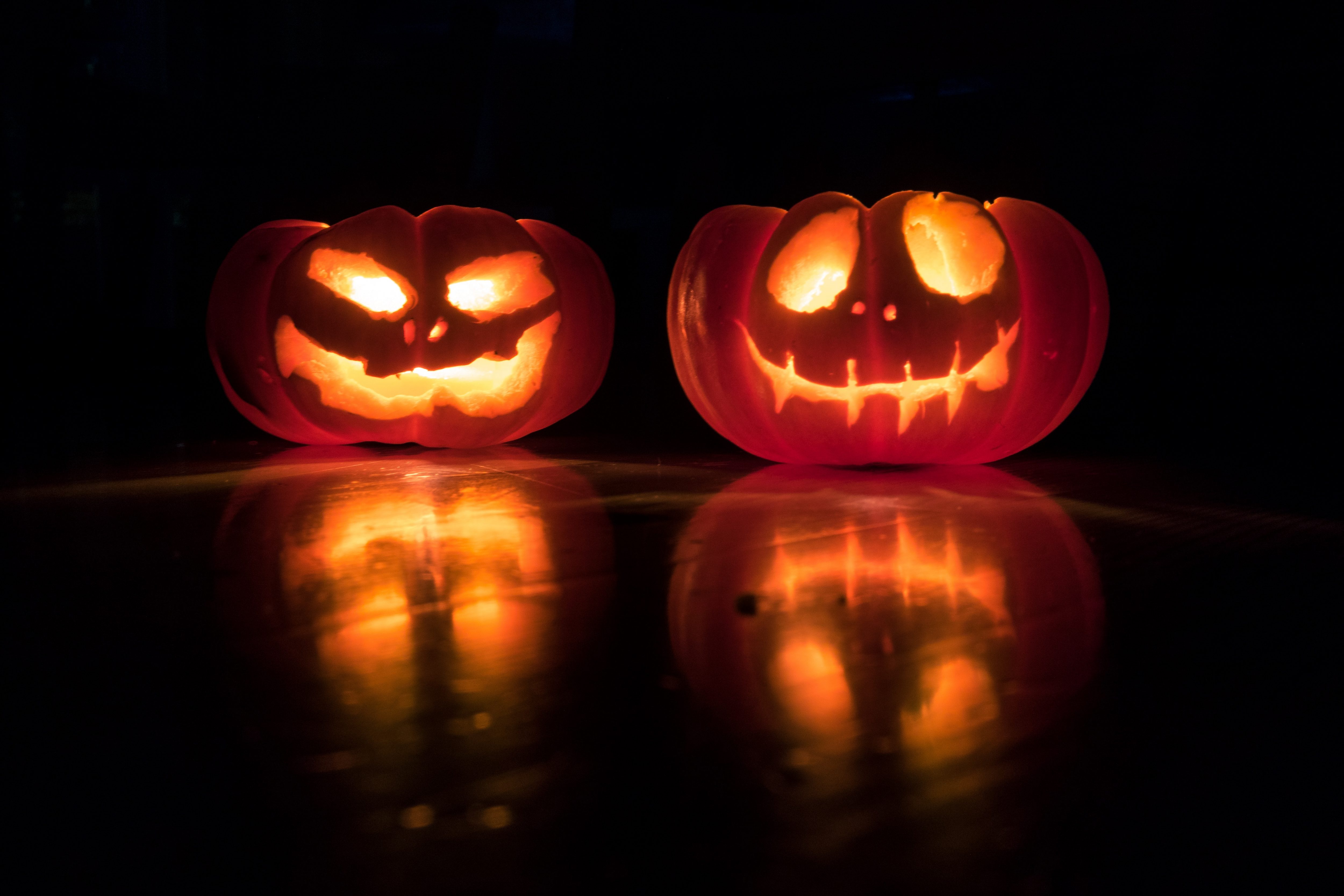 "For me, Halloween encompasses so much more than just one day. It’s a month long celebration, marked by many annual traditions", writes Morgan Neering. Pic: David Menidrey on Unsplash.com.

To some, October 31st is just another day. For me, however, it’s one of the top three best days of the year, just behind Thanksgiving and Christmas.

In America, and in many places around the world, October 31st marks the day of Halloween; a spooky celebration filled with costumes, trick-or-treating, and pumpkin carving. Stores become filled with pumpkins, costumes, candy, and the movie classics, as everyone prepares for the final day of the month. Everything becomes pumpkin flavored; coffee, pies, muffins, and more, and people everywhere seem to be in the festive spirit.

Granted, I may just be an (overly) festive person, but October is always one of the most exciting times of the year.

And I’m not alone, nearly 70 percent of the total U.S. population who were polled are planning to participate in Halloween festivities this year. The other 30 percent, well, they’re missing out.

Throughout my time in Finland, I’ve seen stores filled with spooky decorations, Halloween candy, and of course, pumpkins. While in America, this is the season to prepare your pumpkins for a long stay on the front porch, but here, pumpkins seem to be used mostly for making soups. Despite these differences, I’ve been surprised to see some of my favorite Halloween traditions existing throughout Oulu.

As Halloween continues to gain international popularity, it’s important to know what traditions make this day so special for the millions of people that celebrate it every year. Although festivities may vary, many of the classic American traditions can be seen in Finland, as well as in many countries around the world. 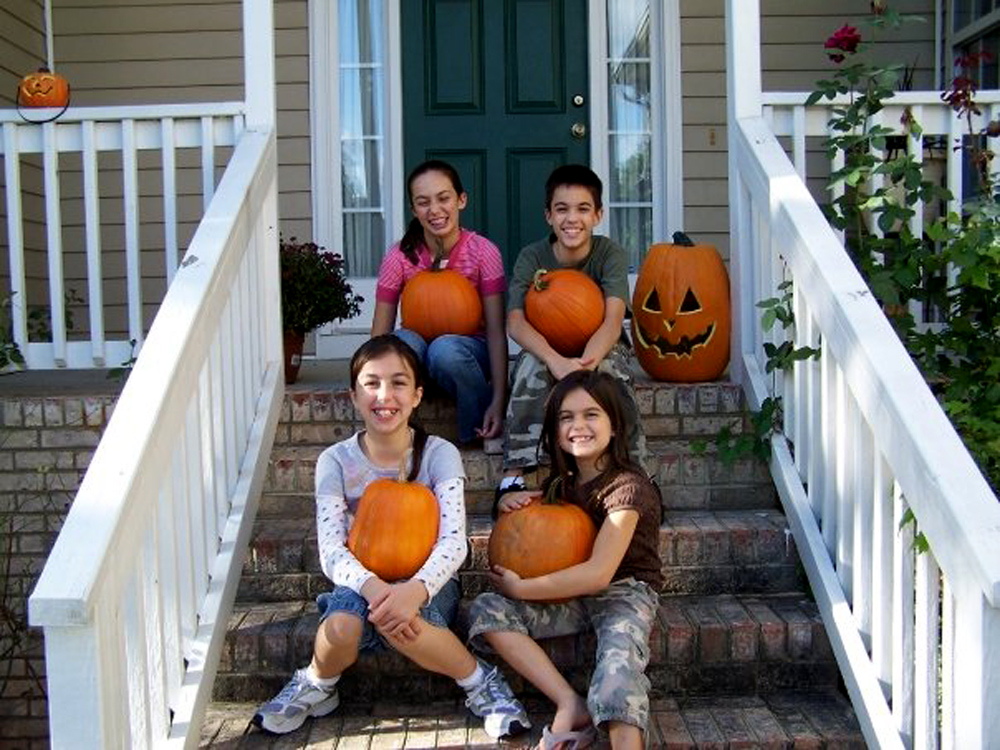 Halloween 2009: Proudly displaying our pumpkins before carving them with this year’s design.

For me, Halloween encompasses so much more than just one day. It’s a month long celebration, marked by many annual traditions. In my family, nights in October are usually filled with all kinds of fall festivities and Halloween preparations. These typically include carving pumpkins, watching movies, and baking Halloween cookies for our friends, family, and neighbors.

Every year, typically during the second week of October, we go to a pumpkin patch, a tradition that has remained one of my favorites since I was young. We excitedly walk through the field of pumpkins, searching for the perfect one for this years carving. Once we find our pumpkins, we grab a hot apple cider, and a spiced cinnamon donut. These are my fall food staples. The pumpkin patch usually offers hayrides, corn mazes, and other fall festivities, and is filled with people of all ages.

With T.V. channels playing popular films of the season, another one of my favorite traditions is hosting a Halloween movie night with my friends and family. While some may opt for scary movies, such as Halloween or The Nightmare on Elm Street, I prefer my childhood classics. The movies I watch every year are Hocus Pocus, Halloweentown, The Nightmare Before Christmas, and Twitches. My siblings and I have watched these for years, and there has yet to be a Halloween where we don’t all watch these classic movies together. The movie night is usually filled with autumnal snacks, like pumpkin seeds, caramel apples, and pumpkin pie. It’s a cozy tradition that I have missed very much during this October in Oulu.

Many people also choose to spend their Halloween in a more spooky fashion. Haunted houses, hayrides, and corn mazes have become increasingly popular, especially among the younger generations. While this may appeal to some, my approach to Halloween is much more relaxing and less scary. 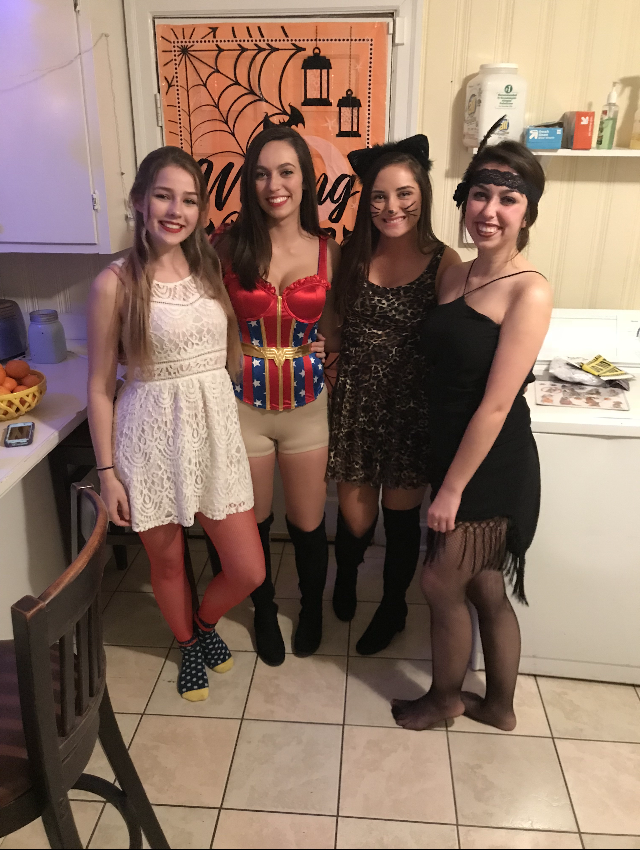 The build up to Halloween is arguably the most fun part of the holiday. Yet, as the sun begins to set on the final day of October, children finish up the final touches on their costumes. Excited mummies, witches, and superheroes leave their homes and head to the nearest porch with the front light on. This symbol means that the family inside welcomes trick-or-treaters, and is prepared to hand out candy, small toys, or other Halloween treats.

For children, the night of Halloween is typically spent trick-or-treating: going door to door collecting treats from the neighboring homes. As you get older, however, Halloween can be spent in a variety of ways. Most young adults and students attend parties, filled with costumes, drinking, and classic autumn party games, such as bobbing for apples. Many people spend their evening at haunted houses or neighborhood gatherings, while others may choose to stay at home and hand out candy to trick-or-treaters.

Although Halloween traditions vary between regions, cultures, and families, those who choose to celebrate the day usually participate in similar festivities. However the night is spent, Halloween is a day filled with fun for all ages.

Although modern day Halloween is all about family, friends, and fun festivities, the holiday has significant historical roots. The traditions of Halloween originated with the ancient Celtic festival of Samhain. This festival marked the end of the harvest and the start of the cold winter, a time often associated with death, darkness, and despair.

The night before the Celtic new year, the Celts believed that the spirits of the dead returned to earth. These traditions spread around the world, and Halloween in the United States developed as customs from European immigrants combined with Native American beliefs.

The first Halloween celebrations in the U.S. included public parties that celebrated the harvest, where people of the town would share ghost stories, dance, and tell each other’s fortunes. During the nineteenth century, these celebrations became increasingly popular throughout the states. Immigrants from England and Ireland brought with them the classic tradition of dressing in costumes, which gained widespread popularity across the country. They also expanded the tradition which later became known as trick-or-treating, a response to the increasing pranks and mischief that had come to be associated with the night of Halloween.

In theory, giving treats to the neighborhood children was intended to prevent them from playing tricks on the family. This tradition continued to expand, growing into the wildly popular practice that is still around today.

As these traditions continued, Halloween parties became staples in every home and in every classroom. Today, many Americans continue to celebrate the holiday, and traditions have spread across the globe.

Halloween in Finland: Increasing in Popularity

Before arriving to Finland, I had never really questioned my belief that everyone around the world surely celebrated Halloween. I was shocked to discover that it just didn’t seem to be that popular here. While some supermarkets offer Halloween candy, decorations, and costume props, the traditions I am accustomed to seemed to not exist.

However, upon further investigation, I’ve realized that the traditions of Halloween are becoming increasingly popular in many European countries, including Finland. Many schools throw Halloween celebrations or autumn festivals, and jack-o-lanterns can often be seen in the yards of Finnish homes. The more I look, the more I see Halloween-related items in stores, however, they’re typically very expensive, and the selection is usually limited. A mask is nearly 8 euros, whereas in America, you could buy the same thing for 2. Many supermarkets in the U.S. also have entire sections dedicated to Halloween and Fall decorations, which may take up to 1/4th of the total size of the store.

”Before arriving to Finland, I had never really questioned my belief that everyone around the world surely celebrated Halloween.”

I’ve been told that some Finnish children even go trick-or-treating, and the numbers are continuing to grow. There are many costume parties and events at pubs, with a seemingly large number of people in attendance.

Overall, Halloween seems to be gaining popularity in Finland, and I look forward to experiencing the holiday as the country continues to develop unique traditions of their own.

While Halloween festivities may vary, I was surprised to find out that there are two somewhat similar celebrations that take place in Finland every autumn.

The first is Kekri, a celebration that historically marked the change of the year and the end of the harvest. Although there is no set date, festivities for this holiday usually take place over the course of a few days, sometime between the end of September and beginning of November. It is a Finnish tradition that has been celebrated since Medieval Times, before Christianity came to the country. Historically, this holiday has included the performance of plays, singing, dancing, drinking, and a festive food. Some people also carve turnips or pumpkins, an activity known as kitupiikki.

Another day similar to Halloween is All Saints’ Day, or Pyhäinpäivä. This is typically celebrated on the Saturday between October 31st and November 6th, and is a commemoration of lost loved ones. Public offices close, and churches usually hold a special All Saints’ Day Mass. Many people can be seen walking through the cemetery, and placing lit candles on the graves of family or friends. Many people throughout Europe participate in the traditions of this day, which on Finland and Sweden falls on November 3rd this year.

What Halloween means to me: Celebrating in Oulu

While there are many Halloween-themed things, parties, and events in Oulu, this years celebration just won’t be the same. There are many things that I miss from home that really make this time of year special. Not having my family and friends with me to watch Halloween movies, carve pumpkins, and cook festive food has been really difficult, but there are ways to create a true Halloween feeling while abroad.

My tips for an authentic Halloween include a movie night with friends, where you carve pumpkins, make caramel apples, and of course, eat lots of candy.

”While there are many Halloween-themed things, parties, and events in Oulu, this years celebration just won’t be the same.”

One of the most classic Halloween candies is Candy Corn; basically a triangle of sugar, but it can be found in almost every American home during the month of October. Besides candy corn, classic foods of this holiday include pumpkin seeds, pumpkin pie, and both candy and caramel apples. I may be biased, but this time of year offers some of the best foods and drinks. Apple cider and the infamous pumpkin spice latte are fan favorite drinks, and flavors such as pumpkin, apple, and cinnamon are very popular.

For me, however, the most important parts of Halloween are the ones spent with loved ones. I typically live without the trick-or-treating, although, if people would still give me candy, I would definitely dress up and go door to door.

While this year’s festivities may be a little different than what I’m used to, I look forward to experiencing the way that the Finns, and other international students, celebrate this holiday. 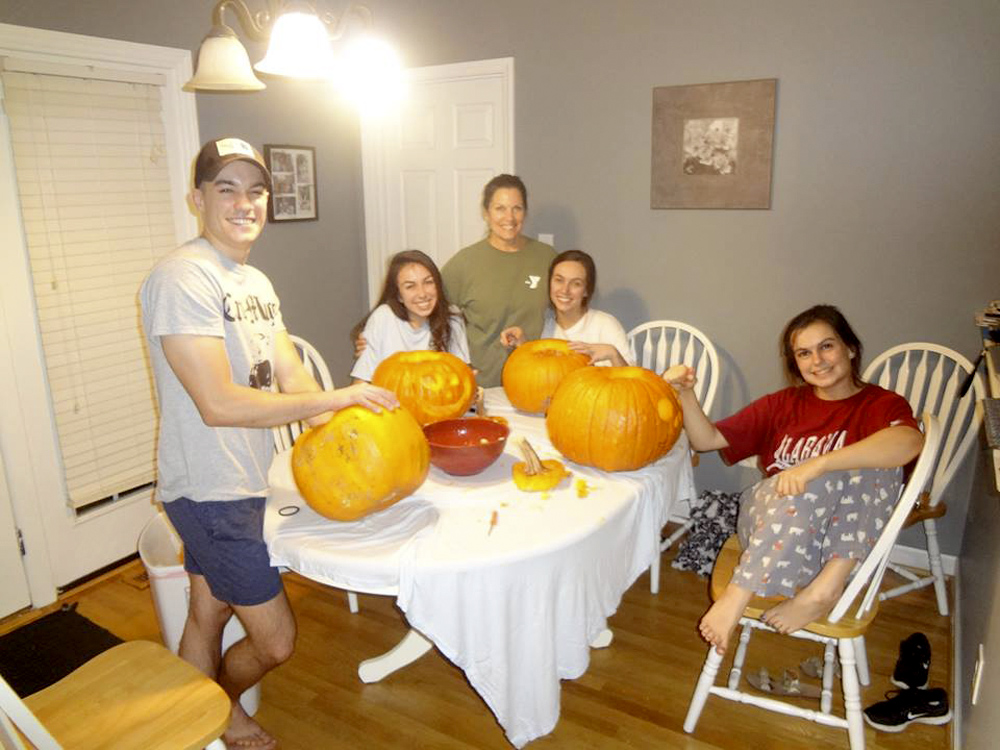