The view from the outer door to the new guild spaces. The corridor will grant access to three guild rooms. Restrooms, storage spaces and one teaching area are also located next to the guild rooms.

In August, a great number of moving boxes will move on the Linnanmaa campus.  The Faculty of Humanities is moving from the northern end of the campus to new renovated premises on the old side of the campus.

The Faculty started their move on the 1st of August, and the old premises must be emptied by mid-August.

The relocation affects both the students and the staff of the faculty. Together with the faculty, subject societies and the Humanities Guild, cafeteria Humus included, move to new premises.

The new guild spaces will include three shared guild rooms and one common storage room.

One room will be shared by Gieku and Verba, one by Suma, Communica, and Index, and one by Tiima, Kultu, Timppa and Meteli. The new guild spaces will be accessible between 6 am and 10 pm without the 24/7 Campus Card, and also around the clock with the 24/7 Campus Card. The guild corridor will also include one locked exterior door.

The premises are bright: everything is clean and dazzling white. The change has been extensive – everything apart from the load-bearing structures and the exterior walls has been redone, says Jarmo Klytseroff,  the account manager of Temotek. 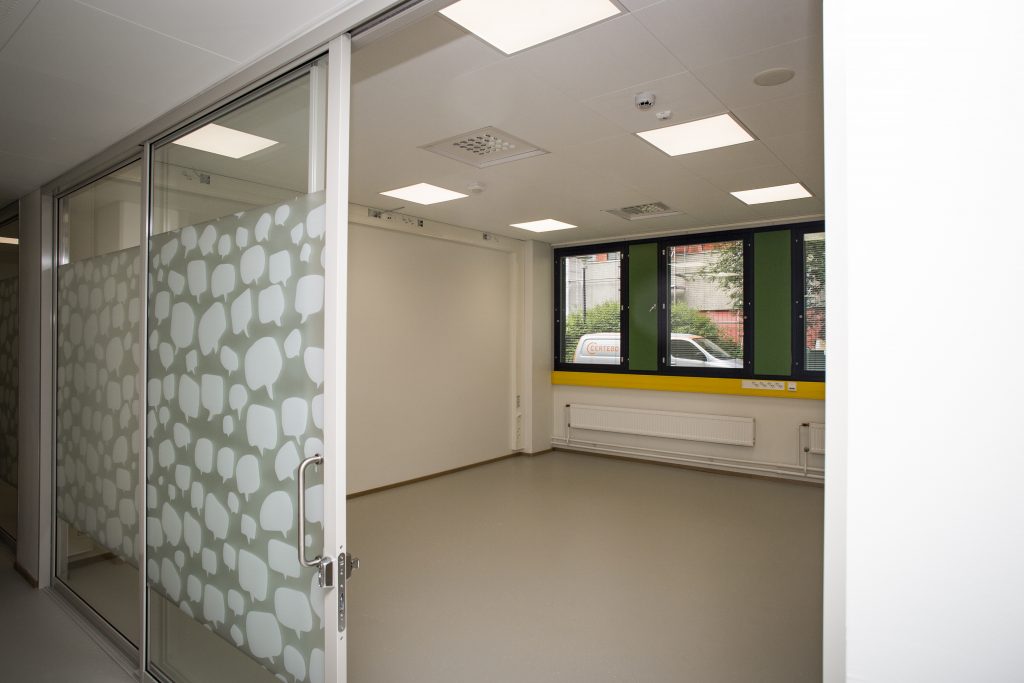 New guild rooms are built to be shared. One room will serve two or more student organizations.

The new premises of the faculty staff are located a few floors above, on the third floor.

The staff premises are divided into two lamellas, or in other words, corridors. The eastern lamella is now renovated on behalf of Temotek, and the other one was already renovated about two years ago. The faculty’s new workrooms are mainly shared between several individuals, and their sizes vary from twelve square feet to about forty square feet.

Like in the case of the guild spaces, the general impression consists of dazzling whiteness and brightness.  According to Jarmo Klytseroff, the rooms will look very different after furnishing. 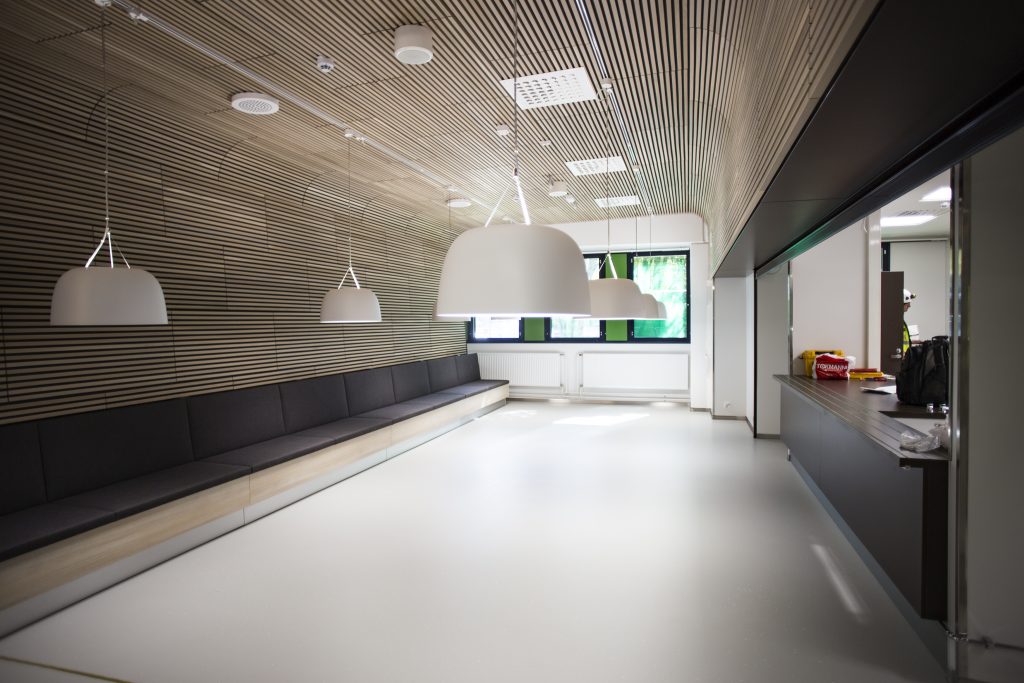 Although chairs and tables will be placed on the corridor as well, the new Humus cafe will have less seats for customers than previously. Humus was open for the last time in its previous location on June 15th.

No sounds, no odors permitted

Jarmo Klytseroff states that the worksite has been very challenging. When the renovations are conducted next to spaces that are continuously in use, disruptive sounds or odors should be avoided.

“Additionally, a lot of communication is required: weekly announcements have had to be constructed very carefully.”

But everything has gone well, and in schedule, even slightly ahead of schedule.

The representatives of humanist subject societies visited new premises on the 11th of June. Pictured: the Chair of the Board of the Student Union Kalle Parviainen, Outi Niemi, Heli Paaso-Rantala, Miriam Putula and Emilia Käsmä visiting the Humus cafe’s new kitchen.

The Faculty of Education will move in December

In June the renovations were three weeks behind schedule. The project will be completed on time, promises Timo Haverinen, the facilities engineer of the University of Oulu.

“The renovations are complete by the end of October.”

“The time between the planning period and starting the renovations has been incredibly tight. When you are planning at the same time, the chance of any surprises increases”.

The students and staff of the Faculty of Education will be able to move to the new premises in the beginning of December. The old premises must be handed over to the University Properties of Finland (SYK) by mid-December. When the premises have been emptied, SYK will start the arrangements for the University of Applied Science’s move to the northern end of the campus.

Changes in restaurants ahead

The future move of the Oulu University of Applied Sciences (Oulu UAS) will have an effect on restaurants on the Linnanmaa campus. As the number of customers grows by thousands in the future, more restaurant spaces are required.  This means that Foodoo and Mara, restaurants located in the northern end of the campus, will be renovated.

Foodoo and Mara will close their doors due to the renovations in two phases. The restaurant Foodoo, located opposite the zoological museum, closed its doors around Wappu, and the renovation of its kitchen is currently ongoing. The basic renovation of the restaurant will be completed in spring 2019. Before that, the customers on the campus are served by a temporary kitchen on the first floor of the zoological museum. The museum’s exhibition area will also be furnished as a temporary restaurant hall.

The temporary kitchen in the zoological museum will open its doors in the beginning of the autumn semester, on the 3rd of September.

Mara will close its doors as Foodoo is opened. The renovations for the new premises of the Oulu UAS will begin in phases around the northern end of the campus, starting this September.

Oulu University of Applied Science will move to Linnanmaa in autumn 2020. After the move, over 20 000 people will study and work on the shared campus.