Pursuing a higher degree in Finland is indeed an attractive and promising prospect for foreign talent. Why wouldn’t it be? The Finnish education system isn’t one of the best for nothing. This plays a major factor leading many students to also consider a career in their respective fields in Finland.

Speaking of personal experience, as I have studied both in my home country and in Finland, the difference is quite noticeable. In many countries, the students are forced to memorize a massive amount of information, and then take exams based on their ability to recall that information. They could get good grades, but if you ask whether they learned anything, it probably wouldn’t be much.

That’s not the case in Finland. During my studies here, I’ve never felt any kind of pressure from teachers. They have always been supportive and flexible. They’ve also made sure to design the assignments in a way that the student would actually learn from them, rather than rotely memorizing.

The exams were never a verbatim copy of what the teachers taught in the classroom. I think their purpose was to ensure that the students were paying attention. Even if you failed, you would get a second and third chance to make it right, which kind of takes a load off the students’ mind.

I think it is great that the system was designed to give second chances since you can never really know why a student performed badly in an exam. Another positive aspect is that second chances aren’t just in exams, but in the courses overall. During one of the courses I took, I remember being just a few points away from the next grade. To help with that, I negotiated with the teacher to do some additional work to get those points.

Some courses offered alternatives for passing them, like writing an assignment or taking an exam. In the case of a student not doing well in an assignment, they can choose to take the exams, and vice versa. Such alternatives can be found listed in the University of Oulu’s Policies for the Recognition of Learning, for example. So, to those of you who are studying in Finland at the moment, you’ve come to the right place.

However, if you’re seeking a career here after that, I would advise you to think again and do your research.

Many of the foreign students coming to Finland want to stay here and pursue a career. But how useful is it to bring foreign talent here? Foreign employment has been promoted widely through frequent career fairs and workshops, but nonetheless, a lot of the talent goes to waste.

I know many people, myself included, who graduated here, but are unable to secure employment with their Finnish degrees for one reason or another. The most common example of such reasons is the “insufficient language skills”. As a person who speaks Finnish well enough, I don’t think that’s a good reason.

In many cases, we are rejected for no apparent reason, or are simply “ghosted” by the employers. We never get invited to interviews, and we always get the standard rejection message “Thank you for your application. We have received many great applications, but you were not selected this time”. Because of that, we lost the motivation to seek meaningful careers, and by that I mean careers corresponding to our education and acquired skills through that.

We had to settle for menial jobs like cleaning, paper delivery, and food delivery, just to live day by day and meet our financial obligations. I honestly see no sustainability here in terms of ensuring that these foreign job seekers get to contribute to the Finnish job market in their respective fields.

A master’s thesis written by Anthony-Claret Onwutalobi from Lahti University of Applied Sciences talked specifically about unemployed immigrant graduates from Finnish higher institutions. In his work, he indicated that 58% of the participants in his surveys said that they haven’t met their career expectations in Finland. Furthermore, the study showed that 56% disagree on the fact that the job market is welcoming for internationals, and 28% strongly disagree.

Onwutalobi also highlighted a very critical point, which was in regards to the factors that helped in securing employment in Finland. A very small percentage were able to land jobs through applying or through career services (7% and 11%, respectively), while a total of 77% got their jobs through networking or personal reference. Employers say they are open to foreign employment, but are they? If a foreign student can’t even land an internship with these employers, or simply an interview, how can they land a job?

A very important question needs to be asked; are international jobseekers not needed, or not wanted?

We unfortunately have heard of true stories regarding discrimination and injustice experienced by people with not just one, but two or three degrees and a proficiency in many languages, including Finnish. This leads many to believe that the latter is to be true: international job seekers are not wanted. Of course, there are some success stories by people who have made it, but that does not mean that the issue is nonexistent.

If highly educated foreigners involuntarily see a need to deliver food and newspapers, rather than working in their respective fields, then there is a major issue. Many individuals, Finnish people and foreigners alike, have highlighted this issue on a plethora of social media platforms, most notably on the employment-oriented LinkedIn. Hence, the issue’s existence is being acknowledged widely. However, has it been addressed sufficiently? Has there been extensive efforts to alleviate this issue?

We have yet to be proven wrong, but I sure hope we do. 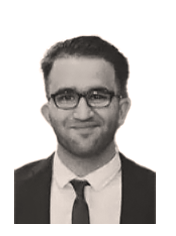 A master's student in Northern Tourism at the University of Lapland, with a background in Environmental and Civil Engineering.