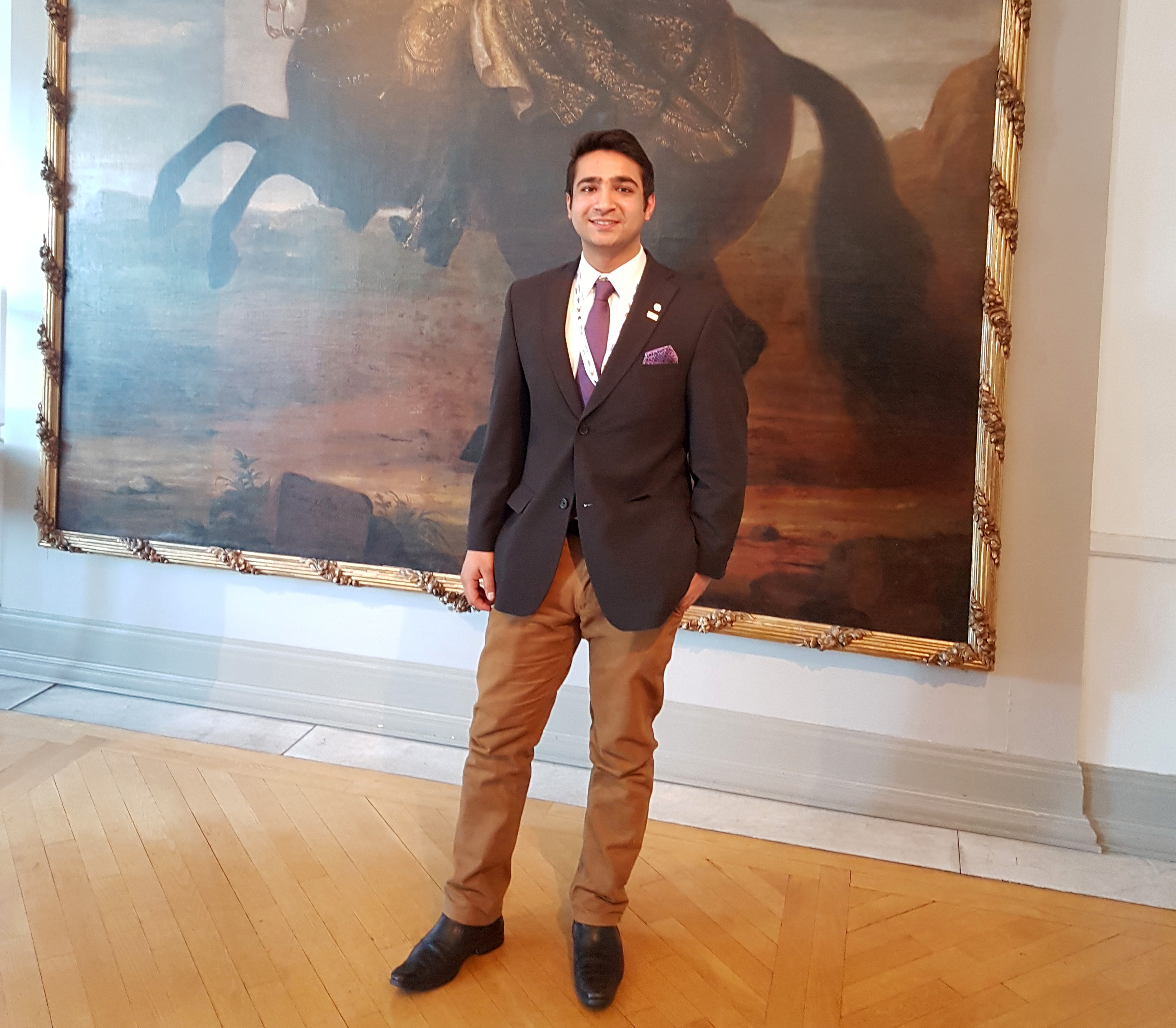 On 6th April the FinMUN participants visited the Swedish Embassy in Finland. One of the participants was Ammar Bukhari.

At the University of Oulu there are plenty of student societies that offer all kinds of possibilities according to ones’ interests. However, for those interested in international relations the choices are very limited. That’s why Ammar Bukhari took the opportunity to join Finnish Model United Nations in Helsinki.

During an intense weekend in April he met statesmen, diplomats and students from around the world. We asked Ammar to tell you all about his first FinMUN experience.

”FinMUN is an annual conference where many international people and people from different parts of Finland come to debate. It is a simulation of United Nations, where each delegate is representing one country allocated to them. You debate like it happens in the actual United Nations and learn about diplomacy. It is a type of public speaking exercise. It is organized by Finnish Model United Nations Society.”

”It was a great experience! The best part was the visits and diplomacy we learned from respected people.

The first day, a welcome session was held at the EU office in Helsinki where Canada’s representative gave a talk. Then we were welcomed at Helsinki City hall by few representatives from the local government. The second day we visited Swedish Embassy and met the Swedish Ambassador who welcomed us and gave a talk about Swedish and Finnish collaboration and shared his experiences in the UN.

We also visited the Finnish Ministry of Environment, where we discussed Finland’s stance and efforts for the Arctic region. We also learned about the experience of Finnish Sauna diplomacy, which was actually adopted by a former Finnish prime minister.”

What was your role?

”I was representing France in the United Nations Security Council, and was declared best delegate (most active delegate) in the committee, even though there were many experienced MUN speakers. Other participants flew in from Germany, Spain, Sweden and Russia to join students from all over Finland.”

How can I join?

”Anyone can participate. You apply online, tell them what you study or have any experience in this MUN public speaking before or not. Most students are studying international affairs and I was the only one with engineering background. It was also my first time participating in the event. You just have to participate, it teaches you a lot! In my experience you learn many things during these new experiences, things which you don’t learn in your daily life. So never be afraid to travel and socialize.”