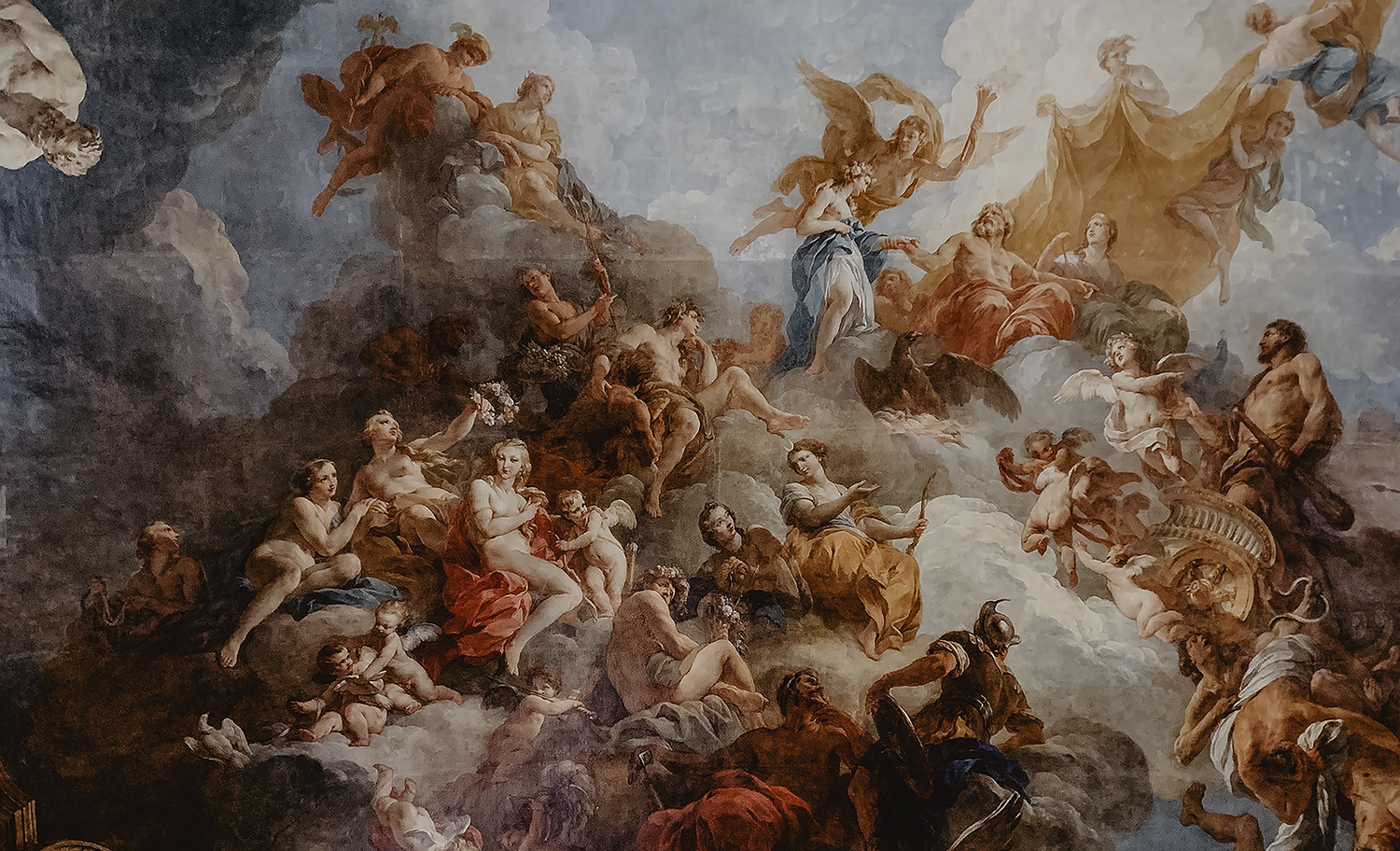 Remember the movie Fight Club (1999)? If not, you can take a break, watch it and return to reading after.

Isn’t it somehow intriguing that your everyday, average individual would engage in such a “barbarian” activity, without any notable advantage? Sure, they were mostly men, but take another break and go watch Million Dollar Baby (2004).

Some 2400 years ago, in an attempt to explain what happens with the spectator while watching an ancient tragedy, Aristotle (tip: he was Greek), came up with a name for the phenomenon: catharsis, cleansing and purification of emotions.

Aristotle’s catharsis has always been connected to the idea of purification of emotions through arts, particularly the performing arts.

What the explanation fails to remember is that the theater witnessed by Aristotle didn’t limit itself to an artistic representation.

Instead, the Greek gods and goddesses were alive and well in the ancient tragedy. They had their own entrance in the scene purely for themselves and were always making the characters accountable for their actions, adding a religious or spiritual dimension to the whole catharsis concept.

Back to the future and why you are reading about a two and a half millennia old word in a student magazine: as old as it is, catharsis couldn’t be more actual. Let me explain.

In our contemporary world, God/s, goddesses, demigods, not even witches, elves or trolls are walking among us anymore – nor do they send angry messages.

Smart beings as we are, we studied, understood and categorized everything. We know today that thunderstorms are not caused by Thor’s hammer but by the electrical charge of clouds, the world has been created rather by the Big Bang than the vomit of Mbombo, the Death worm from the Gobi desert is probably just a type of amphisbaenia, and a great flood is more likely to be the result of climate change than of divine wrath.

Not long ago, I was watching Nicholas Christakis’ TED talk The hidden influence of social networks, in which he explains his break-through discovery on how the social network of an individual affects surprising aspects of his or her life. These included their chances of getting divorced or obese.

It occured to me at that moment, that there is a worrisome paradox: we know so much about what surrounds us, but so little about ourselves as individuals and especially as communities.

In our secularized society religious or spiritual laws and rituals are seen as naive, even dangerous if taken to fanaticism. The main reason being that they can’t be objectively verified, take horoscopes for example, so they fall in a category of pseudoscience.

Them not being objectively verifiable makes them prone to manipulation and re-interpretation which can lead to fraud or disastrous events, like the Jonestown Mass Suicide, where in 1978, over 900 people were manipulated into taking their own lives.

On the other hand, purging any non-rationality from our daily lives has left many feeling empty. We tend to blame mental health issues, depression and suicidal thoughts on financial problems, stress, substance abuse, but could they not also be attributed to a lack of magic in our lives, a lack of mystery or spirituality?

Could it be why the world of dragons and face-changing people of Game of Thrones became such a phenomenon? Is the unknown and unintelligible “a must” in our lives that also makes us vulnerable?

Our day to day existence becomes somewhat sisyphic when it lacks meaningful experiences and encounters. Like a Shyamalan movie, everything seems to be following its order, but the somewhat eerie atmosphere hints at something being off.

If magic and spirituality are the missing elements, how can we bring the unexplained back into our lives? Through art, through meditation, through forming our own rituals? And where is the limit: can they become dangerous? When can we become susceptible to being deceived and manipulated by some who, for example, figured that there is fat money to make out of our non-material needs?

I am probably not the only one assaulted on social media by ads for products promising balance, gratefulness, love, peace, humbleness – for a small fee of course.

No matter how appealing the photoshopped landscapes are or how marvelous the shut-eyed ladies look in their fitted yoga pants in these ads, I can’t help myself from stopping and wondering about the absurdity of it all.

The current ads remind me of the medieval practice of selling indulgences: a bit of money is all that it takes to save your soul and sanity.

Remember the catharsis phenomenon from the beginning of this text that required people to actually get together and live an event as a community? Well, fear no more, as in our contemporary world you need to meet no one, talk to no one, go to no crowded or chaotic gatherings.

You can enjoy the benefits, free your mind and liberate your spirit while isolating yourself in your living room with buds in your ears, listening for the 100th time to the same monotone voice praising you for taking time off to “take care of yourself” – for a small fee.

Where is the limit, then? When are we having our mind and soul cared for and when are we having them exploited? To whom should we trust the most sensitive parts of ourselves: the stranger or the one close to us? The professional or the loving one?

And talking about professionals, where does professionalism start and where does it end? Nevertheless, why do we seem to crave the inexplicable only to try to explain it afterwards?

I wish I had at least some of the answers for these questions in order to be able to write a nice and comforting conclusion, but that’s no easy task.

As a result I invite you to think about all the magic present in your life, reflect on whether you would need more of it and most importantly, where and with whom could you find it.