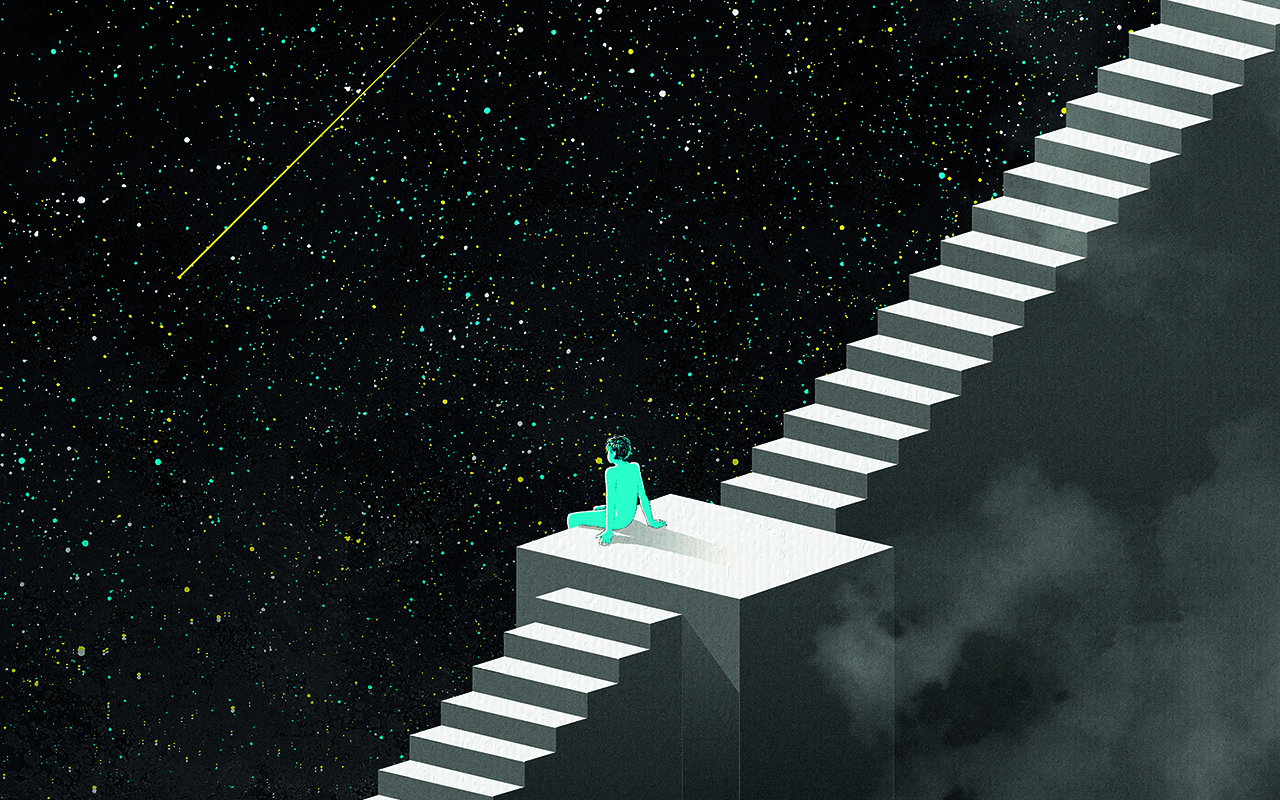 If you, like me, are not from Oulu, your arrival to this city was a moment of newness. An open door to new experiences and moments.

Since uncertainty was part of the combo, I had just a blurred idea of what I was about to face. Following my truthful desire to have a good experience here, I settled down most of those moments in my memory under a shining and beautiful light.

However, part of the journey was also this pandemic, a breakup, and really difficult times adapting to this new normality. So, why new flavors, experiences or colors in the sky can be beautiful but a newness shaped by a pandemic, or a sudden break up is the opposite?

The newness full of hope

Same as you, I have faced newness many times in my life. For instance, the first time I went to the school by myself, went on a date, or started in a new job position.

Following the latest, most recent change in my working life was the shift of profession. After working as a scriptwriter and living some years in Argentina, I decided to go back to Peru. However, the landscape was not as promising as expected and I did not find a job in the media. Although it was a difficult moment, it forced me to find another door. One that later on
guided me here.

In the years I was away from Peru the number of universities grew exponentially. Since new teachers were needed, I accepted a job offer.

On the first day, I was in front of the class, all nervous, stuttering and stumbling with my ideas. It was not as easy as I thought. Both my lack of performance skills and unrealistic expectations made it difficult.

I was expecting to find students eager to know more about the field, so we all would become a family in pursuit of knowledge (naïve, idealistic, but real at that time). Instead, some were truly interested while others were not (and others did not have a clue of what they wanted).

A hundred relaxing breaths later, I realized although I was a communicator, I did not know about learning or teaching processes. And the immediate feedback from my students yawning at the back of the class was totally different to get the rating results of the TV show I wrote. And I did not know fully how to handle that.

Tim Ferriss, American best-selling author, recommends exteriorizing our fears by listing them. In my case, it took me a while, but finally I was able to express out loud (because for that I have to accept that my worst fear became true) that I did not want to be a teacher disconnected from my students. By doing that, I was able to picture the situation with some distance and establish potential alternatives. Because of my inflated expectations, I had to overcome the evident results.

On the contrary, when I decided to come to Oulu, I was more cautious in my planning. First, since I was really methodical with my savings, I knew I was going to need some other funding. Then, I looked for internships and scholarships since my arrival, and luckily I got them. Second, since I lived abroad before I knew I was going to miss my family and friends.

Although my family is extensive, there was no other Santur in town, so I joined as many groups and met as many new people as I could. At that point, I felt ready to face any challenge. However, I skipped something.

In my mind, I was fully prepared to defeat the harshest winter ever. Packed in my bags was my jacket, gloves, and socks. So, cold was not going to be a problem (the only issue was that from 11 degrees in winter to -25, no matter how well I could have planned, it is still a huge gap). However, it didn’t even cross my mind to ask about levels of sunlight during the cold. In my inexperienced understanding of Nordic winter, I thought darkness only occurred at night.

Coming from a country near the equator I was shocked not having sunlight for weeks and months. The result? My circadian rhythm was totally blown up. I confused the hours, lost sleep and no trick I used in the past was working then. In a matter of days, all my inner confidence in success collapsed.

In her TED talk, Lucy Hone, resilience expert and researcher, shared three secrets of resilient people: acceptance, focus, and benefit assessment. First, resilient people realize that bad things happen. There is nothing they can do about it, it just happens. So, instead of tormenting themselves, seeking an explanation, they just accept it. Then, they direct their attention towards the positive away from pain. Finally, they decide on what to invest their attention in, considering if it is going to be bad or good for them.

As Hone also says, knowing about resilience and being resilient are two different things. And like her, I also learned the hard way.

First, as a teacher, I just accepted that I needed the job and I could do nothing to change the students. So, instead of complaining and overwhelming myself with unnecessary stress I digged into learning processes and prepared more carefully my classes. Thus, I signed in some courses about self-regulation and then in a full Master program about learning and teaching. As I was getting more familiar with terms like self-efficacy, motivation, engagement or collaborative learning, my path towards Oulu was being paved.

Months later, when facing my collapsed circadian rhythm, the first step to fixing it was to accept that as much I could complain, I was not going to change the weather. So, since I came here to complete my studies, and there had been foreign studies coming here for years, I was going to find a solution.

Also, realizing that any effort to study was useless without fixing my sleeping problem first, led me to focus all my energy into searching for sleeping techniques or apps that could help me to get some rest to fulfill my duties.

During most of my life, when facing problems, I was reluctant to share my feelings. I did not want to make my stress and frustration the burden of someone else. But also, I did not want to seek help to avoid admitting I was not doing it okay. However, after opening that door, I felt quite relieved, light, and willing to do it again. Who would have imagined that it was because of the oxytocin I was getting?

According to the health psychologist Kelly McGonigal that is what happens when we seek support or help someone else. In fact, this hormone not only strengthens our social bonds, but also helps us recover from stress, like protecting our cardiovascular systems from its effects.

McGonigal also shared another interesting idea, against a quite common belief. Stress is not bad per se. Instead, it is your perspective on it what determines whether you benefit or suffer from it. A study with 30,000 American adults found that people who suffered a lot of stress had an increased risk of dying. But… (important but) this was only valid for those who understood stress as harmful for their health. On the other hand, people who did not consider stress as harmful were not more likely to die. Even experiencing a lot of stress, they had a lower risk of dying than those who had experienced small amounts.

Is that the difference between the two unexpected situations described at the beginning of the article? A pursued moment versus a sudden and unexpected situation? Maybe that is why we are kinder to ourselves when making mistakes in a situation we were looking for.

At least that was my case. Despite knowing I was making mistakes in my adaptation process to Finnish cultural settings, I was confident that it was only temporary. On the other hand, when facing the pandemic, I felt helpless in changing what was going on. Then, the uncertainty became overwhelming.

However, if at the beginning of this pandemic, I was really scared about the decline of my professional life, after really considering the options I could figure out potential scenarios and solutions. Also, relying on my beloved ones helped me to realize that whatever happens, we can do small things to preserve ourselves and keep living this life together. In this city, another, or wherever we want to go.