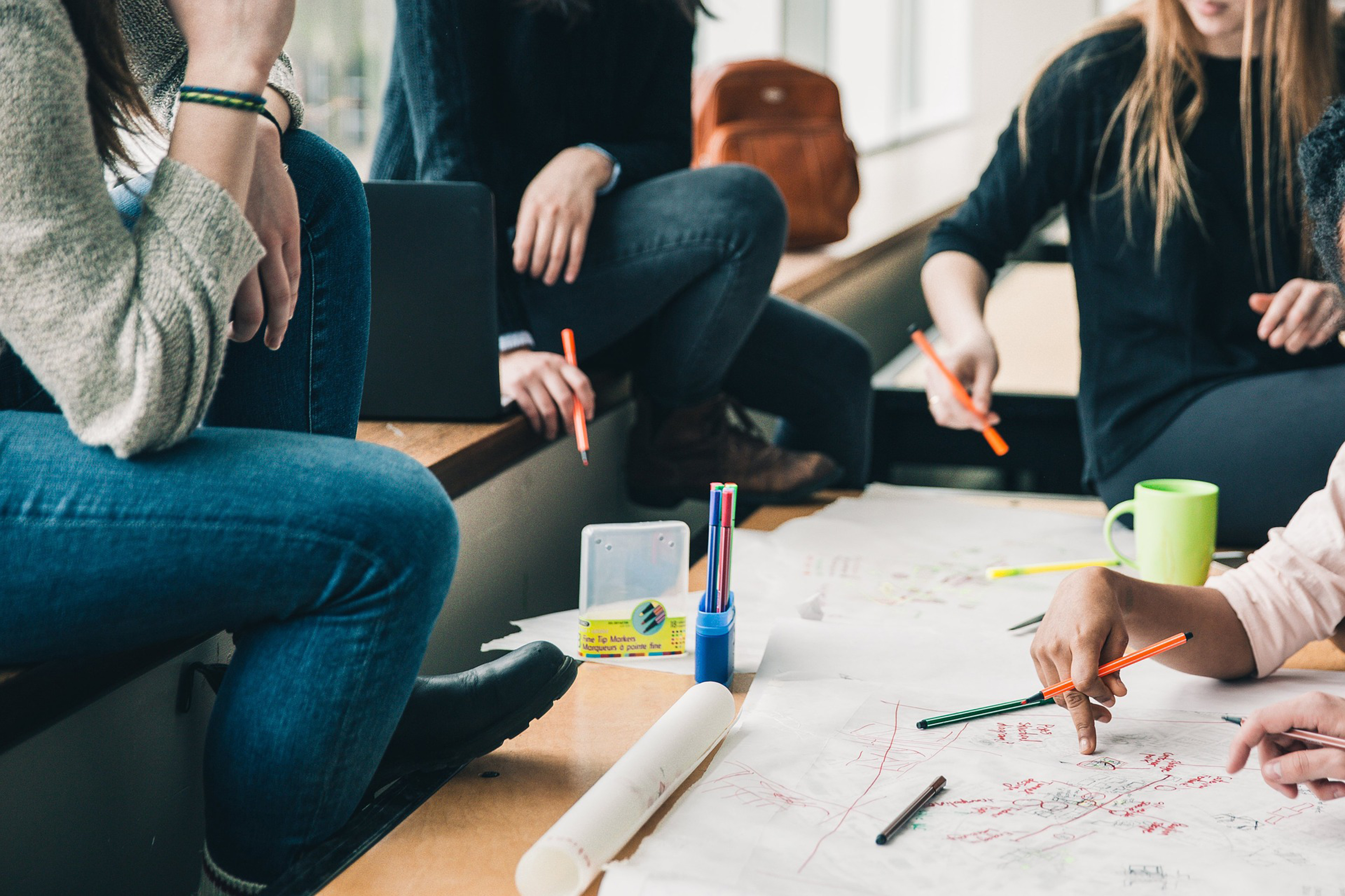 "Protecting students from controversial opinions and opposition might rob them of the ability to handle these matters, now and later", says Bianca Beyer. Pic: Pixabay.

Bullying is a phenomenon not only apparent among school kids – boosting ones own worth by putting someone seemingly weaker down occasionally tends to carry over into adulthood.

When being trapped at a place of work or studies for a certain number of years, this can become a frustrating experience for the victim.

What has changed since the school years is that there seems to be no straightforward way to protect the victim – no one would call the bully’s parents anymore to find a solution, for instance.

In the scope of the Occupational Safety and Health Act, the University of Oulu has thus developed a policy paper for the prevention of bullying and harassment. The Student Union OYY, having for some time provided a go-to-contact for social conflict, has also developed a new action plan for 2018 with stronger emphasis on the well-being and mental health of students.

This action plan suggests, among other things, a provision of training for proper engagement with each other, and taking a stand on bullying and harassment and its prevention.

However, what seems like a noble idea is actually the cause for heated debates.

Also the University’s policy paper, though well-intended, seems to provide reason for suspicion at second glance. Attentive readers pointed out issues with wording and the vague nature of concepts described: who exactly defines what is ‘bullying’ versus simply ‘challenging someone’s opinion’? Can the expression of critical thoughts be clearly guided through rules? And, besides these concerns, how much fussing do adult students actually need?

The perfect amount of rules?

It can probably be safely assumed that none of these critics is for harassment, and against decreasing discrimination.

However, the above-mentioned concerns do reflect a contemporary problem, which universities all around the world seem to be facing: the attempt to provide guidelines for a frictionless, respectful society without accidentally slipping into totalitarianism.

With professors being carefully selected into tenure positions that protect them from losing their jobs when speaking their minds, universities shall offer space for critical thinking, discussion, and controversy.

This naturally opens the floor for expression of thoughts that not everyone agrees with. Students are encouraged to participate in debates, evaluate and counter-argue what they disagree with. But the line between enabling freedom of speech and tolerating harassment can be fine, and rules might be in order.

Plus, can there really be such a thing as too many rules against discrimination?

The topic is hot – and the contrary of easy.

Recent anecdotal cases from German and US universities show how sensitive and complex things can become once we start evaluating each other’s words instead of actions.

In the German case, a law professor used his private Twitter account to express his very controversial political opinions, and triggered a witch-hunt like storm attacking his persona and livelihood subsequently.

Protected by tenure, he so far kept his position, but an angry group of students interrupted his lectures and tried gathering signatures to get him fired.

In a similar situation, two American professors wrote an op-ed for a newspaper that was interpreted as racist hate-speech by some. Much like in the German example, instead of seeking direct discussion and confronting the professors’ views with counter-arguments, immediate action was taken by a student union at one professor’s university, openly “condemning” these allegedly racist views. Others followed later.

What these cases have to do with implementing anti-bullying regulations at a university might need further explanation: in both cases, someone used their words for expression. These words were then identified as hateful or harassing by another group of people.

The reaction to that could have been confrontation and a fruitful discussion, eventually resulting in refutation of the initial arguments – but it was instead a call for action to silence these people, and to get rid of them.

One of the American professors subsequently published another article in the Wall Street Journal judging the way those things were handled and pointing out that only one person actually directly reached out to her to discuss and challenge her view on things. Encouraging students to tell on each other instead of seeking a direct dialogue is advocating situations exactly like this.

Implementing rules about what can be said and in what way, with an apparent threat of consequences once those rules are disobeyed, nourishes micro-aggressive behavior.

Instead of engaging in a diversified and well-grounded discussion, calling out injustice could seem like the easier way out. Especially, should the university not be an environment where opinions are challenged, world views clash in a healthy debate, and young individuals thrive to develop into critically thinking, independent adults?

From school to university, the fact that no one calls one’s parents anymore, has changed for a reason – older, less vulnerable students are expected to at least make an attempt to deal with their own stuff.

And even in the anti-bullying program KiVa, school kids are in no way simply offered protection through a ubiquitous potential punishment – rather, the program is primarily supposed to train kids on how to deal with bullying themselves. Why deny students these skills?

The definition of bullying

Despite the questionable objective to achieve a socially just university over a truth-seeking one, there is an apparent complication with identifying verbal harassment ex-ante.

For instance, the University of Oulu’s policy paper on harassment describes some examples of bullying or discriminative actions as “[ridiculing] the individual and his or her religious or political conviction”. Defining what exactly counts as ridiculing seems a rather subjective undertaking.

Further, the policy paper describes bullying as a “recurring adverse treatment … for a prolonged period of time”.

Depending on one’s willingness to interpret these terms literally, we could count the repeated name-calling by using negatively connoted insults supposedly referring to someone’s religion into this category just as much as a recurring argument between a religious and a non-religious person about which lifestyle is the preferred one. By giving students the possibility to assign the label “bullying” to the latter one, the very nature of a university being a place for active, elaborated debate and critical thinking is jeopardized.

In a conversation with the OYY Social Affairs Officer Hennamari Toiviainen for some clarity on this, it becomes evident that providing such is not an easy endeavor: “Creating guidelines is important for knowing how to proceed in sensitive cases,” she explains, but soon admits that ”[- -] bullying is an individual experience too unique to provide a one-fits-all consequence”.

Important to her is mainly that in case someone feels at unease, they know that there is a contact to go to, and they are not left alone. The intentions are grand, but the implementation seems to lack substance: how can the Student Union provide guidelines and rules to follow, if a generalizable set of them does not seem to exist? Even more worrying might be that not following said rules could invoke punishment up to criminal charges.

When differentiating the term ‘bullying’ broadly enough, bullies seem to be everywhere. A recent survey among University of Oulu students reveals that every third person has perceivably experienced or observed bullying. But here is the crux: the students defined bullying primarily as “talking behind someone’s back”, or “being criticized for no reason”.

Especially the latter should ring alarm bells for anyone who would like to keep the university a place of science.

Not only is a ‘proper justification’ for criticism admittedly very subjective, but also the mere fact that people feel hurt by criticism can lead down a dangerous path: after all, is continually questioning what we hear, see or read not essential for approaching the truth about something?

Are we protecting or creating victims?

With the intentions in the right place, our Student Union is certainly not alone with its idea of protecting students better and more. What it does not consider, though, is that protecting students from controversial opinions and opposition might rob them of the ability to handle these matters, now and later.

Should soft skills that students ought to learn at a university not include handling and reflecting an opposing argument, and defending their own viewpoint factually?

In an opinion piece, Clay Routledge points out that there might actually be a level of too much protection: in a too secure environment, the problem of being sensitive to critique would not just be postponed, it might also be amplified.

After all, the only ones who define which words are to be perceived as insulting or harassing are the recipients themselves. In a reverse conclusion, this means that no matter how strict a set of rules for arguments we establish to protect the ‘weaker’ ones, there will always be at least one person still feeling insulted by what is said.

Heterodox Academy, an association created by University professors in the course of recent demands by American students for more social justice gives some insight on how our society is changing towards a culture of victimhood. In its extreme cases, single words can be perceived as harassment and bullying – and by giving in to such a culture, the number of “victims” will only increase, not decrease. The bullies will become the bullied ones when their every word is weighed.

We are on a mission to create “moral dependency” – after all, more than half of the students answering the aforementioned survey at our university did not know what to do when they felt excluded and bullied. The idea of confronting the alleged bullies, or simply ignoring them, apparently seemed too far-fetched.

Even more alarming is the similarity to concepts such as blasphemy (which are a very real threat even today in certain cultures): blasphemy laws ban the usage of certain ideas, words and even facts. Punishment follows in the case of disobedience.

According to Heterodox Academy, however, in a place that bases its values on truth solely, “bad” ideas and words would simply be refuted instead of punished. Which way do we want to go in our university?

Instead of risking a loss of freedom of speech by laying out exact rules for what theoretically can be said to each other and how, we should aim for a university environment that raises compassionate, kind, critical and independent human beings. People who try to know ‘right’ from ‘wrong’, take responsibility for their actions, and constantly work on improving their interaction with each other. Moreover, people who seek direct contact and personal dialogue before stirring up a campaign against someone who allegedly hurt them with their words.

What most people tend to forget is that things look more dramatic from afar, and good communication boils down from a proper scandal into a mere misunderstanding fairly quickly. And when the “talking behind one’s back” does not seem to stop, try ignoring it – after all, attempting to control what each and every person says around us will only make us unhappy in the end.