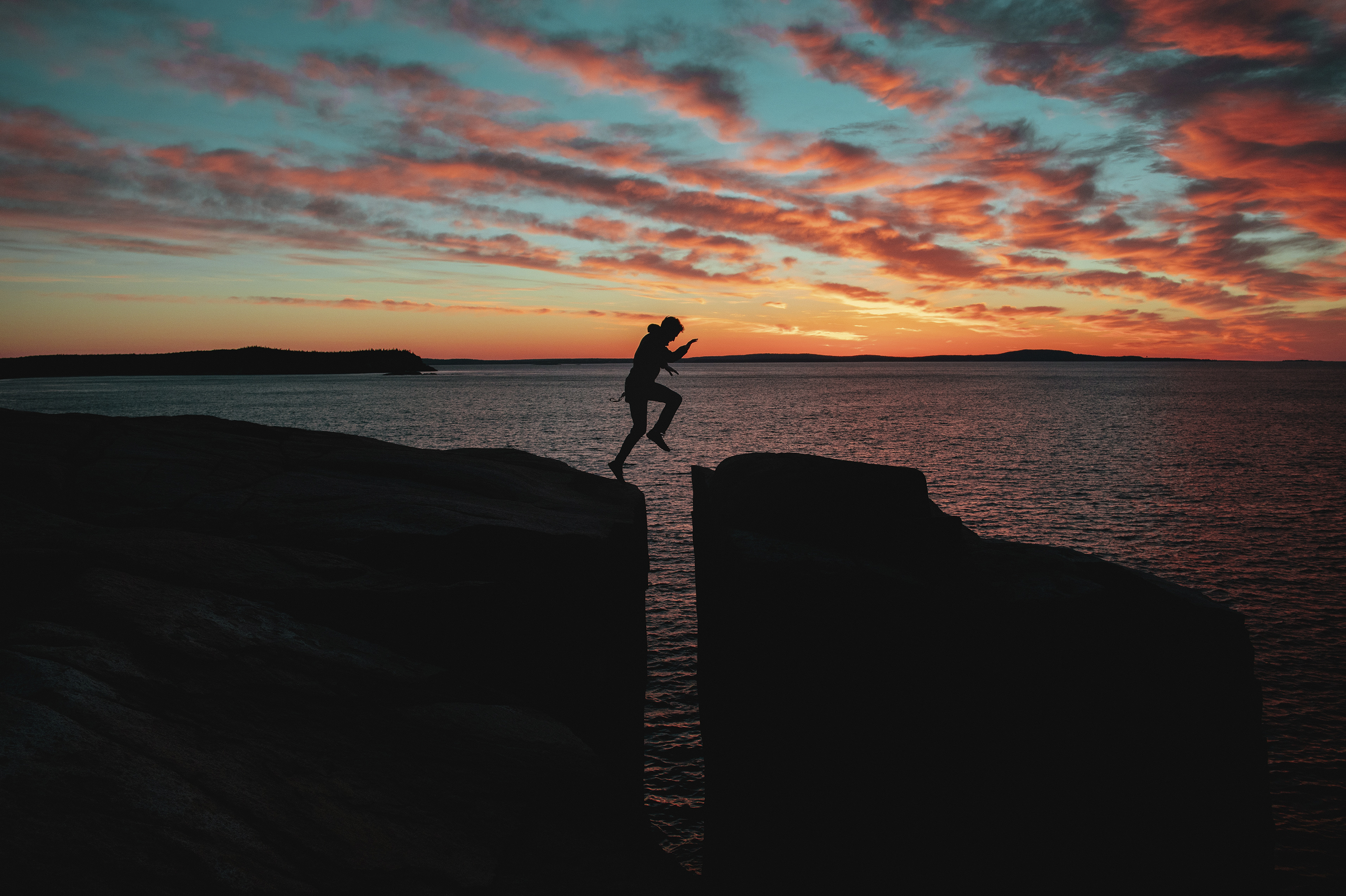 In the end, are not the circumstances, but our response to them what defines us? In the case of our interviewees, the challenges faced led them to unexpected situations. Pic: Unsplash.com.

We are living an extraordinary time, facing a worldwide challenge that demands us to follow the rules, stay at home, and not gather with friends. It is difficult to remain focused when the landscape is uncertain, giving us no clue of what is coming next. But previously I have faced many similar times, and I guess you have, too.

For me, the most challenging decision I had to make was to leave South America and come to Oulu, a place that I had no ties with. No friends, relatives or even acquaintances. Zero.

I came here following the dream of studying in one of the best educational systems, and the principle of Finnish society granting equal education opportunities for everyone. From where I come from, that is not taken for granted. Despite many beautiful things Peru offers, good public education and equal opportunities are not among them. It is a hierarchical society, where private education is valued and expensive. Knowing that, my parents paid for my education. They also had a dream of all their children becoming professionals.

It was not easy to come to Oulu. First, I had to embrace the idea of leaving my parents, friends, and the life I had built at that point, and also to save the money needed to live here for a couple of years. A climate crisis in Peru in early 2017 and an accident made the journey more exciting but not less challenging.

When talking about my experiences with my classmates and other students I found similar stories. In some cases, they faced obstacles way tougher.

When an interviewee requested to remain anonymous, I created a pseudonym for them. So, you can identify them with this symbol (*).

Life is about creating yourself

Everything we have achieved was by trial and error: walking, completing a video game, or riding a bicycle. If we have mastered something, either injuries, embarrassments, or discouragements were involved in it; and perseverance was a keyword when sticking to our goals and when we kept pursuing them. Perseverance was also a keyword for our interviewees.

Miikka Enbuske dreamed of joining the International Business Management program since 2008. After his first application received a negative response, he gained admission to a university of applied sciences. However, every year he kept applying to the same program. Although the answer remained the same, “we regret to inform you…”, Miikka still had the feeling that he could perform well. He only needed to get in. However, many years had to pass by before he was able to do it.

“Getting accepted to the program was the easiest step, challenges started after that. The main ones were paying the tuition fees and the residency permit.”

On the other side, Abdul Kur(*), a master student of Learning, Education and Technology (LET), had a totally different experience.

“Getting accepted to the program was the easiest step, challenges started after that. The main ones were paying the tuition fees and the residency permit.”

The economy of his home country was collapsing, and the currency was losing value rapidly. However, he remained committed to the idea of starting his studies on time.

“I was sure that if I didn’t manage to start my higher education abroad then, it would be impossible in the near future, so I tried my best to overcome the challenges.”

To face such a daunting situation is not easy. After getting rejected the easiest step would be to quit. Just forget the thing and jump to something else. But, on the other side, those challenges could also be understood as a way to demonstrate our commitment to the goal.

Miikka had one child, a second one coming, and a job, but he was still convinced that university would change his life, and he persisted.

Likewise, Abdul got two jobs and started his own small handicraft venture, all to get the money he needed.

”I and a friend were making fancy paper bags. We bought the paper waste from a paper-box factory, used it to produce the bags, and then sell them to gift shops.”

Don’t count your chickens before they hatch

Rohit Mishra and Taslima Uddin(*) were also thinking about Oulu to follow their studies in Education and Architecture, respectively. With a background in engineering and many years as an educator, Rohit found the LET program was the best fit for him for including both self-regulation theories and technology-enhanced learning. By her side, Talisma was looking to dive deeper into architecture as well as a closer contact to nature.

“Since I began my professional studies, different styles of architecture were an inspiration to travel. Finland was a great choice as the architecture here is quite contrasting to what I am used to practicing in Southeast Asia.”

”I felt trapped in a phase and I couldn’t get myself out.”

Considering their dreams, they both became extremely happy after receiving their acceptance letters. So, they started to plan their lives in Oulu, without expecting the bad news about to come.

As Rohit explains: “After getting admission, I started the process of the residence permit (RP) quite late, thinking it won’t take much time. I quit my job and accepted the offered housing, bought flight tickets, and started other processes before thinking about RP. A terrible mistake.”

For Taslima, the shock of such a defining moment also had emotional and practical consequences. As she explains: “I quit my job because I knew I was about to leave, so being unemployed turned out to add more stress to the situation. I had all the time in the world at hand but nothing to do or plan, as I could have received the decision any day and fly out the next morning. I felt trapped in a phase and I couldn’t get myself out.”

So, both Rohit and Taslima had to deal with something beyond their control. Setting up their plans for years, just to fall so close from the top of the mountain they were about to conquer. A little bit further in the journey, Masud Mohamed(*) faced a similar situation that he was not able to foresee. He was in Egypt, in his hometown, in 2013, when the military coup took place. Witnessing the injustice and the feeling of helplessness pushed him to look for new horizons abroad.

Three years later, already as a master student in environmental engineering, he thought the crisis was gone, but one night it suddenly struck back.

“It happened three months after I came to Finland. I had all my savings in Egyptian pounds (EGP) because it was nearly impossible to make the change to Euros. So, one night I went to sleep, with the equivalent of € 10,000 in EGP in my bank account, but the next morning the currency value was slashed in half, and so were my savings.”

Recalling this event, the sadness and anger Masud felt at that moment becomes evident. A lot of effort invested, lost in the blink of an eye. It is just heartbreaking. Despite how arduous that moment was, Masud found the strength to keep going from his family.

“My mom recommended me to focus on what I came here for, and not to worry about the money. She told me I will get the financial support I need to pursue my dream, even if that meant selling everything they own.”

Similarly, Taslima, Miikka, Rohit, and Abdul also found in their families an invaluable support to keep pursuing their dreams.

What doesn’t kill you makes you stronger

“Nobody can hurt me without my permission.”

In such a short phrase, Mahatma Gandhi was able to summarise that whatever situation you are facing, it is your reaction to it what shapes it.

In the end, are not the circumstances, but our response to them what defines us? In the case of our interviewees, the challenges faced led them to unexpected situations.

Even though the negative response, Rohit decided to create alternative paths before applying again to the master’s program.

“Despite the odds, I took it as an opportunity to put the theory of Self-Regulated learning in practice. I set a goal of completing my proposed research idea by collecting data through a pilot project. I intended to present it in an international conference during the early stage of my master’s program to collect feedback and to refine it.”

However, his strong will was about to be tested again.

“The year 2018 was not an easy one; my friends and family were sceptical and concerned seeing the effort I was putting in for attaining the goal in absence of any assurance of result. However, for me, there was an assurance: an assurance of learning.”

Luckily, one year later, his efforts paid off when he was able to present his research in an international research conference.

But Rohit was not the only one who throve under hard circumstances. Similarly, Masud also found a reason to persist in difficult times.

“The challenge gave me the motivation to work harder so I would not disappoint anyone who supported me, and so all the troubles I went through wouldn’t be in vain. I was given an opportunity that millions around the world only dream of; I did not want it to waste it. I was determined to succeed.”

The life-changing experience led Masud to devote himself to studies and his dedication was rewarded when he got two internships and the funding from the City of Oulu Internationalization Scholarship in 2017.

As he explains with a big smile: “The experience brought out the best in me. I was able to achieve things I did not think I was capable of.”

Taslima had to defer the beginning of her studies by one year. However, the waiting process helped her to realize that spending time with her parents is what she valued the most, especially now she is in Oulu.

“I am really happy that I finally made it to Oulu. Compared to the first time, I value the opportunity more now. It also made me aware that situations may change and not take the expected course. But at the end of the day it also passes away, so I accept feeling sad or scared too. Every experience leaves a mark on us, and this experience made me mentally stronger.” Luckily, the conquered challenge brought wisdom and joy to her.

For Miikka, thinking about this experience made him thankful for the support he received from his family and friends. Especially from his wife, who always pushed him forward.

Reflecting about his previous effort also helped him ponder about his future.

“I think everything has a purpose and I have gained valuable working experience before my studies, and I can reflect on that. I also know what I do not want to do in the future professionally. My challenges also taught me how to overcome my past weaknesses and that I can demand a lot more from myself than what I had demanded before.”

It may be that we are at the beginning, the middle, or the end of the journey. Wherever we are, new challenges will always show up. For me, arriving in Oulu came also with new challenges to overcome, such as improving my communication and intercultural skills, learning how to deal with the local weather, and more currently: writing a thesis and dealing with the COVID-19 virus pandemic.

However, if you are facing an extremely discouraging moment, I hope you got as inspired as me when finding the wisdom in the stories above. So, rely on your beloved ones and find the strength to keep going forward. As Odin said in ancient Nordic mythology: “Strength and virtue must be challenged, or they will not grow.”

After this time is gone, we will all be stronger.