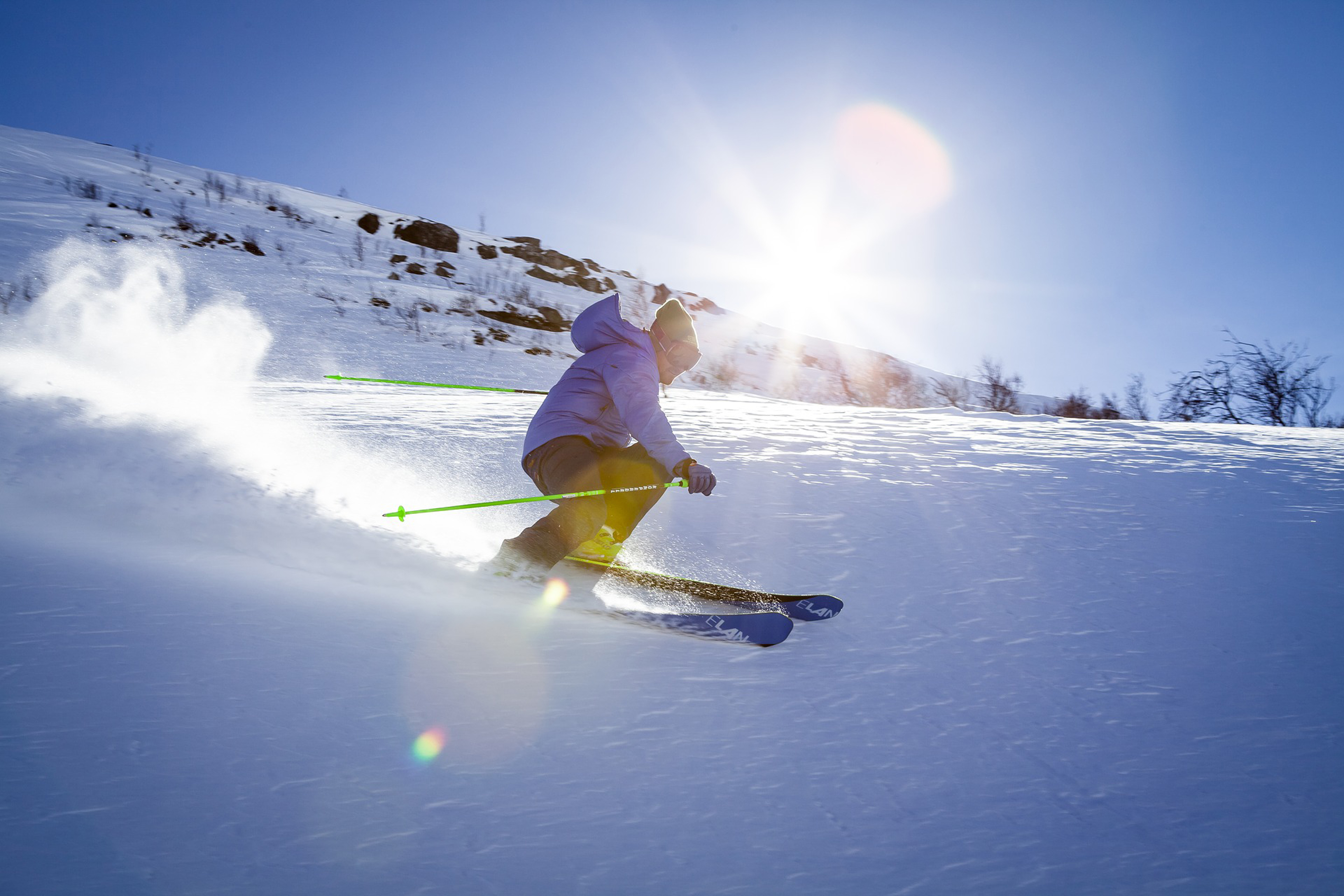 "There are several places to downhill ski in the vicinity of Oulu. If you prefer something closer to home, there is Ruskotunturi, which is located in Oulu, just a few kilometres from the city centre", says Marcelo Goldmann. Pic: Pixabay.

Ice might be daunting and slippery when wearing shoes, but you can turn it into your very own field of fun by wearing skates. You can often find used skates in the second-hand stores or the student sales groups on Facebook, such as Oulu Sale Point. Worst case scenario, you can get a new pair for about 40 euros at the cheapest. There are several places in Oulu where you can go skating, such as the Linnanmaa Ice Hall, the Oulu Ice Hall, or one of the many outdoor sports fields around Oulu. Some people even go skating on the ice road to Hailuoto! (Source: City of Oulu)

Skiing is one of the most traditional Finnish sports. In English, we call it cross-country skiing. In Finnish, it’s simply hiihto. You grab a pair of skis and sticks and start swinging those legs from side to side. It can be tricky at first, but once you get the hang of it, you’ll fall in love with this activity, or so I’ve been led to believe. If you don’t want to buy your own skis, you can borrow them from a friend or rent them for example in Nallikari Holiday Village (Source: Nallikari).

This other form of skiing, known in Finnish as laskettelu, is a more traditional form of skiing outside the Nordic countries. However, it is no less fun. You can hit those slopes with your skis or snowboard and enjoy the rush of adrenaline as you slide down. There are several places to downhill ski in the vicinity of Oulu. There is Iso-Syöte, which is about two hours or 140 km away; and Ruka, about three hours or 240 km away. If you prefer something closer to home, there is Ruskotunturi, which is located in Oulu, just a few kilometres from the city centre (Source: Ruskotunturi).

So you got your skates and you are now a pro ice-skater. However, you still want some more. How about some ice hockey? It is not only a Nordic favourite, but also something you can do with friends. As usual, your best sources for equipment, such as the hockey stick, will be the second-hand shops and student sale groups. If you want to get creative, you can try a variation of hockey called Potato Ice Hockey. You just have to slice off the round edges of a potato, let the puck-shaped potato freeze overnight, et voilà, you can now play potato ice hockey (Source: Bee In Finland).

If you want a sport that is both fun and challenging, you can try snow football. The good news is that you only need a football and a place with deep-ish snow. Snow football is played just like regular football, with the caveat that the deep snow makes it harder to run and hit the ball, as well as hitting your mark. If it’s your first time, do take it easy and don’t get hurt.