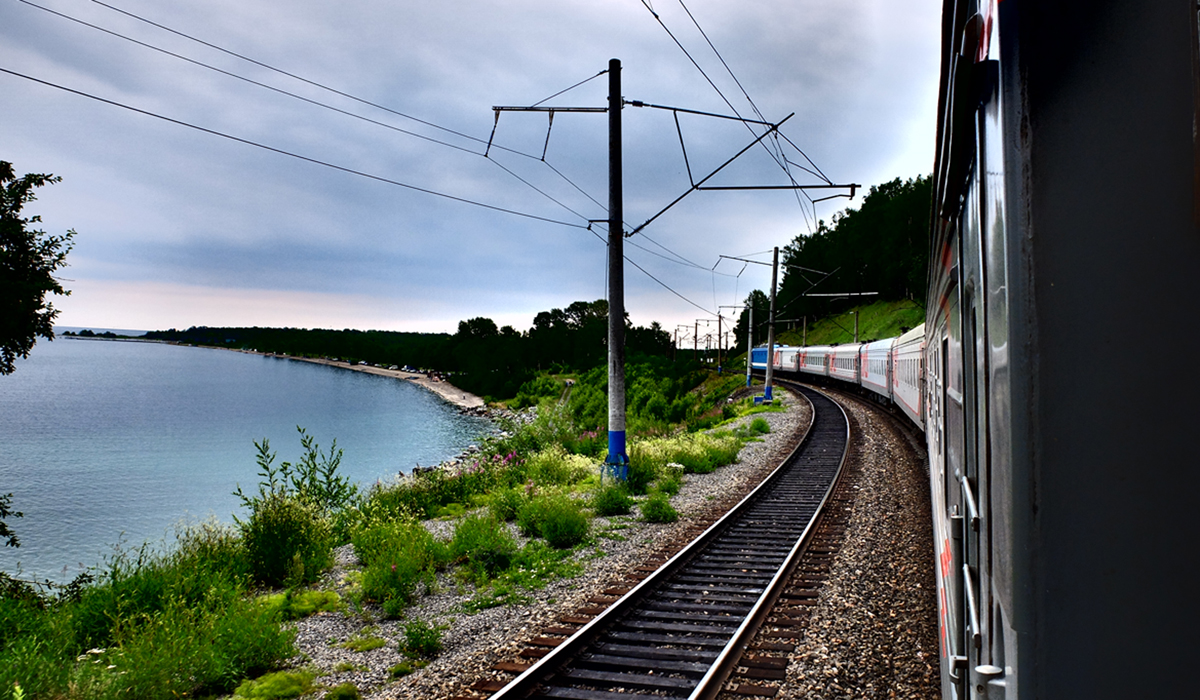 One month of travelling is a luxury one can afford when living and working in Finland due to the generous July-holiday month where nothing really happens in offices around the country. This is a perfect time to discover the world, for example, by train, like my friend and I did this year.

All the way from Oulu you can make it down to South China without boarding a plane. Riding the Trans-Mongolian Railway to Beijing with some stops along the way takes about two weeks. After that you can continue through China for two more weeks, again only by trains.

One train to roam the world

The fact that you are on a train seeing the landscape slowly change and feeling the time zones adjust piece-by-piece gives you a real feel of the distance you are covering. Together with the locals, Russians who take the train to go home or visit their relatives, you share a compartment, 54 beds in one wagon, no walls. You hear, smell and see each other – and somehow, this is ok, even when half of the wagon buys smoked fish offered by vendors at the train station and starts eating it straight away.

Lower beds function as seats, and people generously make space for each other to play cards, eat soups and noodles prepared with the boiled water available in each wagon, and drink teas. At nights a united snoring sound fills the wagon, the lights are lowered and the conductor takes care, with her Russian friendly harshness, that no one would disturb anyone’s sleep.

We met lots of different kinds of travelers. There is a Dutch girl who simply bought a flight ticket to China, and a return ticket 5 weeks later, and left the rest open to spontaneity and improvisation. There is a British guy who was so excited about his trip, which will take him about 9 months, that he had planned every detail in a spreadsheet.

Even though it took only 14 days to reach Beijing, it felt like months of traveling. Covering three different countries, meeting dozens of interesting people and seeing so varied landscapes in such a short time can become almost overwhelming. And finally having reached Beijing was only the beginning of the real adventure, as it turned out.

Me, Myself and I

My friend got sick in Beijing and decided to cancel everything and fly home instead, seven hours prior to our next train departure. Cancelling the trip was no option for me. Instead, I adjusted the schedule slightly, rebooked some train tickets, and changed some destinations. Besides, our travel guide claimed China to be one of the safest countries for a woman to travel alone. As I stayed mostly in hostels, I was actually never quite alone.

I found out that traveling by yourself is an uprising trend. Waiting for the right person to start a world-trip with is just a waste of time – just pack your things and go!

If you are interested in sightseeing, there is always the DIY option, which is cheaper than organized tours, but booking a guided tour with your hostel ensures you to get some contacts with other guests right away. From there, you might plan the next tour as a DIY – with your new friends. And if you are a loner, who does not like to hang out with other people for too long, or who generally gets annoyed easily when staying with the same crowd for several days, this is just perfect – before you get on each other’s nerves, you are all gone to the next destination.

Alone, but not lonely

Approximately 90% of the people I got to know when I was by myself were travelling alone. The only person you need to arrange your daily plan with is you. You can go wherever you want, and eat whenever you are hungry and whatever you want. All in all, you are more attentive, no matter whether it is about tasting the food, finding the correct subway line or a viewpoint you were looking for. And being attentive is the most valuable skill when discovering foreign cultures. This is how you get the most out of it. And maybe, at the end of the day, you might have learned a thing or two about yourself that you did not really know before.

Going on such an adventure by yourself teaches you to trust yourself, rely on your guts, and be more aware. You collect a unique experience of being a silent observer, an object rather than a subject. You absorb different cultures, habits and norms while trying not to intervene but rather adjust and blend in. It is not you who is the main character here; it is the world you see. You become just an extra.