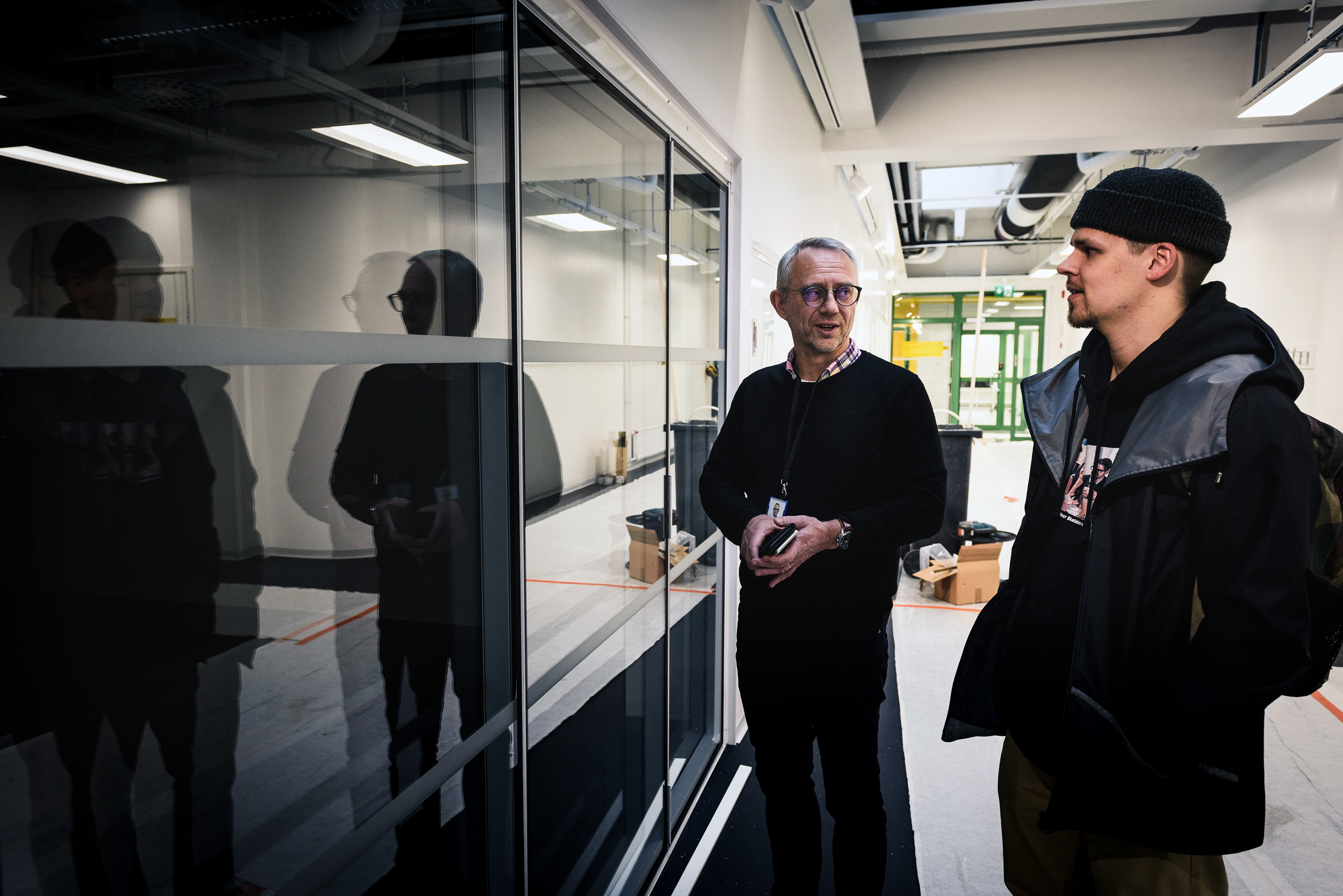 The relocation of the Faculty of Education, which has been on the agenda since 2016, is moving forward according to schedule.

If all goes according to plan, the move from the northern end of the campus to the vicinity of the center lobby to make room for the Oulu University of Applied Sciences is completed during December, and teaching in the new facilities starts in the beginning of the year 2019. The packing of moving boxes has already started, in preparation for vacating the teaching facilities.

“We will stop using the current teaching facilities on November 23rd. The last week of the month is reserved for packing and the first movers will arrive on December 3rd. The schedule for the relocations has been organised according to hallway sections. The last one to move is Lastu, the day-care centre, that stops operating on December 11th, on the very last day the moving company are working,” says Petteri Klintrup, the Academic Officer of Music Education, who is the person in charge of the move from the Faculty.

The only uncertain factor in the new teaching facilities are the acquisition of audiovisual equipment, as the university is still waiting to receive offers on them.

“Whether or not we will get the delivery on time is uncertain, but there are plans for substitutive systems,” Klintrup states, and assures that there is no need to worry about problems with teaching.

Students unhappy with the information flow from the University

Tino Nissinen, fifth year Primary Teacher Education student who acts as a student representative in the moving committee of the Faculty of Education, says that from time to time students have been saddled with too much of the responsibility to keep people informed.

“The idea has been, that people in the moving committees inform other students, and that should be enough. Of course we have done a lot through the Facebook page that was set up to discuss this move, but the main responsibility to inform people about a process such as this should fall on the faculty or the university,” Nissinen says, commenting on the flow of information from the university to the students.

Nissinen finds problematic the fact that in the early stages most of the sharing of information was done through the Notio intranet service.

“University administration thinks that students read it, but actually it only reaches the most active students and students working with the Student Union.”

Nissinen mentions that student actives have updated information to HUTK:n ja KTK:n muutto -Facebook page. The University would have liked to utilise the platform to spread the information they have, but the administrators of the page did not want that.

“The idea was that if a couple of students could make that work so well, the university should be able to set up a similar page. Not that we wanted to just keep the page to ourselves, but we wanted to make clear that the channel was for information from student representatives,” Nissinen says. 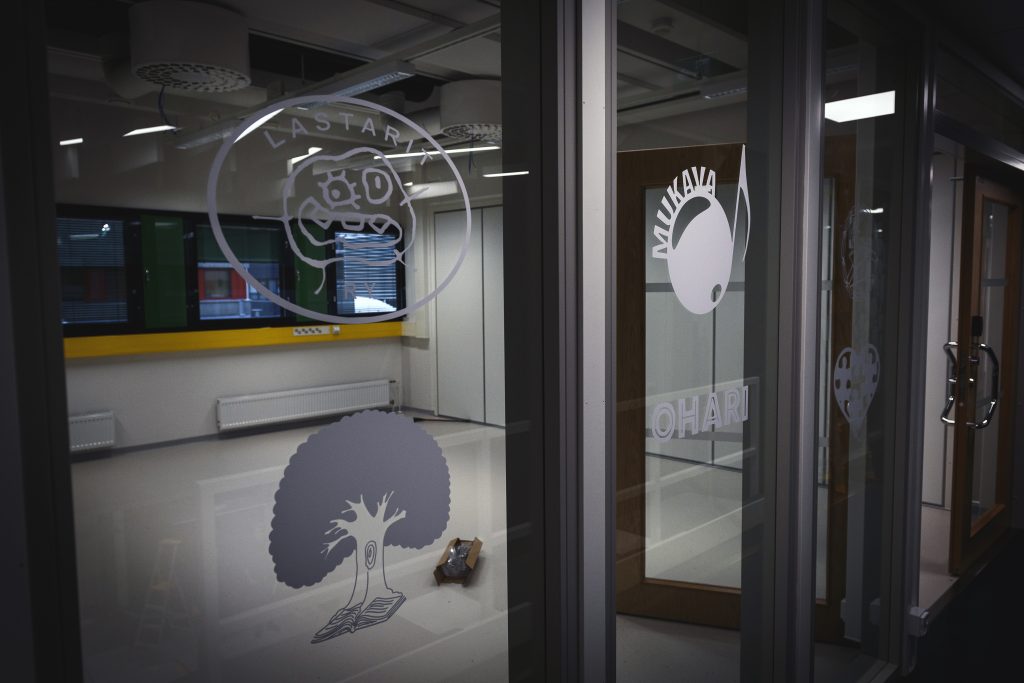 The guild facilities of Student Societies and OLOhuone café will be located in what is called the “heart” of the new facilities of the Faculty of Education. Student society logos are featured on the glass wall.

The most prominent change resulting from the relocation of the Faculty of Education will be the loss of seminar and lecture halls. In 2019, the university will probably be playing a sort of musical chairs with such facilities – when competing on who gets to use limited facilities the early bird catches the worm.

“Teaching that used to take place in our seminar and lecture halls will in the future be conducted in other campus facilities, which will introduce its own challenges as most facilities are already being used. The University’s projects to build new teaching facilities will be finished by the end of the year 2019”, Petteri Klintrup says, shedding light on the situation of the upcoming year.

Nissinen believes that the lack of space in 2019 will affect the work of the teachers more than the everyday grind of the students. There is nothing new about constantly changing classrooms to the students.

“We will find out whether or not there are enough teaching facilities when we’ll get there. That has been one of the factors that have increased uncertainty about the move. We are constantly assured that there will be enough space to study for everyone in the new facilities, and I trust that,” Nissinen says.

The quality of the indoor air in the old facilities of the Faculty of Education has especially been on the students’ minds. Tino Nissinen assures us, that the quality of indoor air have been high on the agenda.

Varying Facilities for Studying in December

The faculty’s new facilities lack only the finishing touches. Petteri Klintrup excitedly shows us the new “heart” of the faculty, where OLOhuone, the café of OLO ry will be relocated.

The new music education facilities also get praise from the person in charge of the move, although, not only praise.

“If I have to say something negative, they have been stingy with the square meters,” Klintrup states.

The new facilities of the faculty have been designed to answer the needs of today: some of the wall in the new classrooms can be opened, some are made of glass, the growing number of handheld electronics can be seen in the number of electric sockets that have been generously installed along the stairway leading to the guild room.

But before teaching can start in the new facilities, the Faculty is facing a challenge: a homeless December.

The old teaching facilities are to be vacated on November 23rd, but teaching is to continue like normal in December. Everyone must be prepared to special arrangements, Klintrup notes.

“Some of the lectures might be organised outside of teaching facilities. The faculty does not have a common action plan to apply to organising teaching, but instead the teachers have been given the responsibility to organise their own teaching.”

People have known about the December month of evacuation since spring so they have been able to prepare beforehand: some of the teaching is to happen in unoccupied facilities, and on some courses, lectures where students have to be present have been rescheduled from December to other months.

Tino Nissinen believes that it is possible to pull-off the special arrangements in December but thinks that the situation is especially challenging for teaching practical and art subjects.

Student Opinions Can be Seen in the End Result

When planning the new facilities, the faculty thought that it was important to get new up-to-today’s-standards teaching facilities, but to also get good guild facilities and to make sure that the OLOhuone café would remain in operation.

Tino Nissinen gives praise to the university’s manner of taking students’ wishes into account in both the preparation and the execution process of the facility project.

“We as students have had just as much power in the matter as the personnel. Our wishes have been taken seriously and even executed, which must be a result of having representatives from the faculty personnel as well as from the construction and the architect companies who execute the project on the moving committee”, Nissinen says, describing his experience the moving committee’s work.

In practice the students’ input can be seen, for example, in the student society logos that have been stuck to the glass wall of the guild facilities. The detail was executed as a result of a proposal put forward by Tino Nissinen.

Although students find space for improvement in the preparation process, Tino Nissinen sees one clear plus side in the new location.

Just before they leave, the Faculty of Education organises a night school to students of education sciences on Thursday, November 22nd. The day after the night school the doors to the old teaching facilities will be closed.

Before students of education sciences relocate, they will spend one night in the old familiar end of the campus. The event that has become a collective way of saying good-bye to the old studying facilities was born last spring as a wild whim of Karri Hurskainen of OLO ry.

“It is difficult to say, how I came up with the idea, but from the get-go it seemed like a cool, once-in-a-life-time thing. We knew that the faculty relocation was in the cards and that the facilities would be emptied out, so why not organise an event in the facilities that have served all people in this faculty for so long” says Hurskainen, a fifth-year student of Primary Teacher Education, recounting the reasons for organising a night school for education sciences.

According to Hurskainen, the night school theme is a perfect fit for education sciences students who are orienting to the school world. The idea resonated in the more than appropriate target group.

“Approval came first from the other student societies, then from the attendants and the head of security. Then the idea became an oportunity. After that, active members of each subject society have been planning and pitching ideas on how to make this work,” says Emma Määttä, a third-year student of Primary Teacher Education, shedding light on how the idea became reality.

The organisers of the night school wanted to bring an elementary school feel to the night, which is why they have promised to organise traditional activities related to night schools and childhood. One of the classrooms is transformed into a disco for the night and spin-the-bottle and flashlight tag are also promised to be on the agenda.

“I think the most exciting part is that we get to stay and make and evening out of hanging-out with other students who have also studied there. I mean, that was always the most exciting part of the night schools in elementary school,” says Inka Lohiniva, a third-year student of Early Childhood Education, describing her expectations of the night school organised during the night between Thursday and Friday.

“Night school is our way of saying good-bye to our dear education sciences wing. We are celebrating in our common facilities for the last time before relocating to the middle of the university to study. The event is also a great way of bringing together all the subject organisations operating in the faculty,” Emma Määttä sums up.

We asked: What are your expectations regarding the new facilities of the Faculty of Education?

Iina Järvinen, in the last stages of her master’s degree in Primary Teacher Education

“I do not know when they are ready. The information we have received has been confusing and the graduation for my class has been pushed back, as courses have been moved around and no-one has known whether it is possible to do the courses at another time. The past autumn has been full-blown chaos, because the time tables have been constantly changing.” 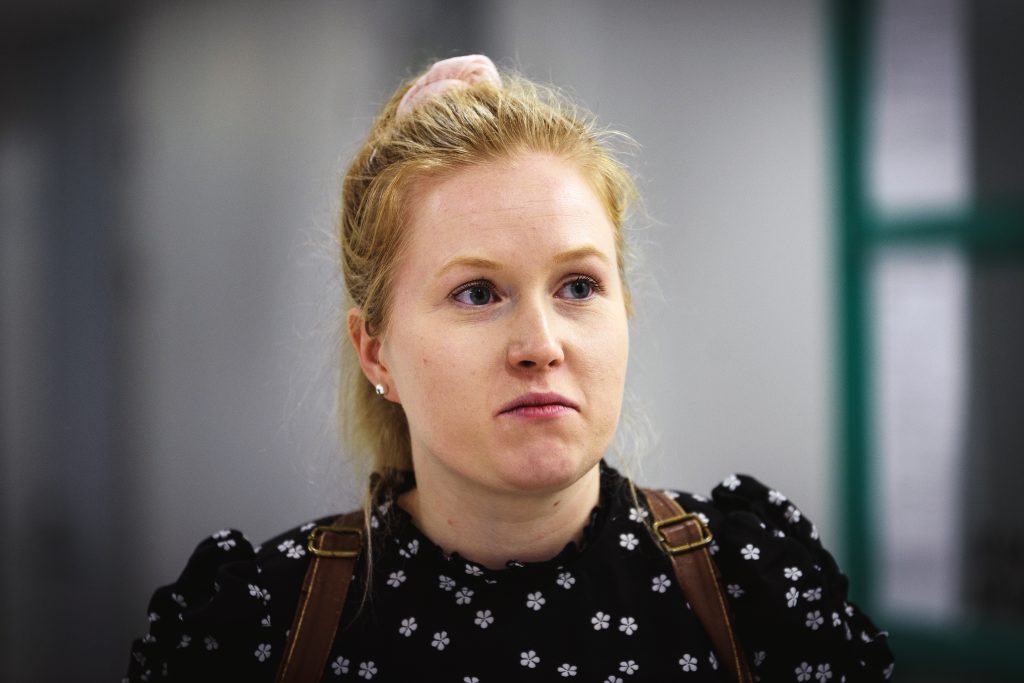 Sanni Päkkilä, in the last stages of her master’s degree in Primary Teacher Education

“There has been confusion in the air and the information flow has been a bit lacking. The organising has also been lacking, and no-one seems to have really known, what is going on. If you were to ask me, how to get to the new facilities, I would not know.” 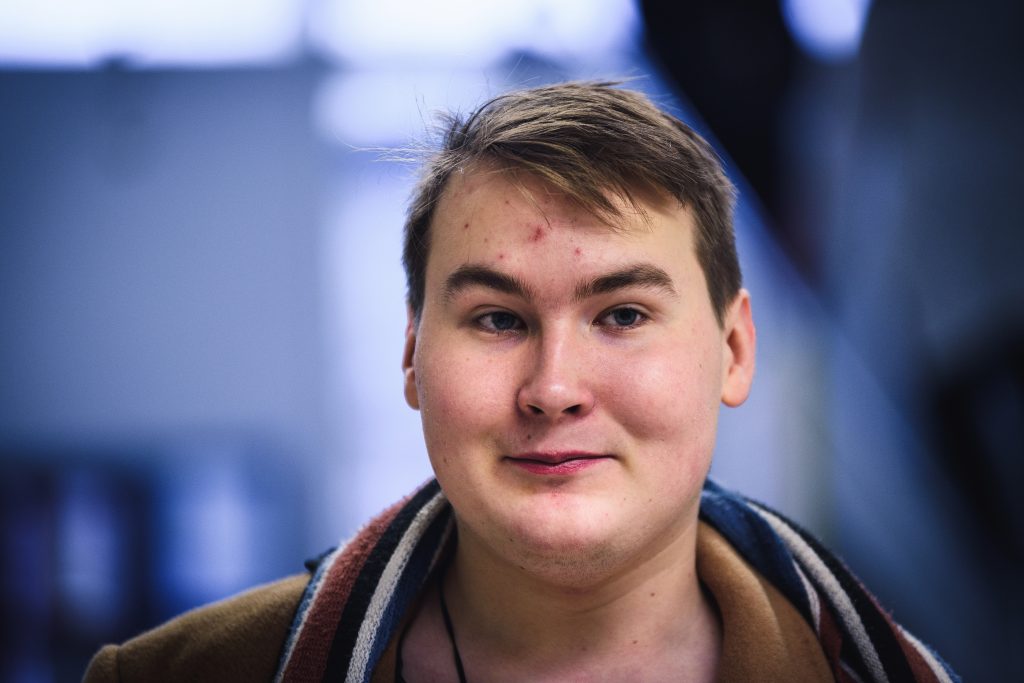 “There has been a lot of talk about it. The biggest concern is the quality of indoor air and that everyone can be there. I was worried about rehearsal spaces, but now I have heard that they are going to be great.”