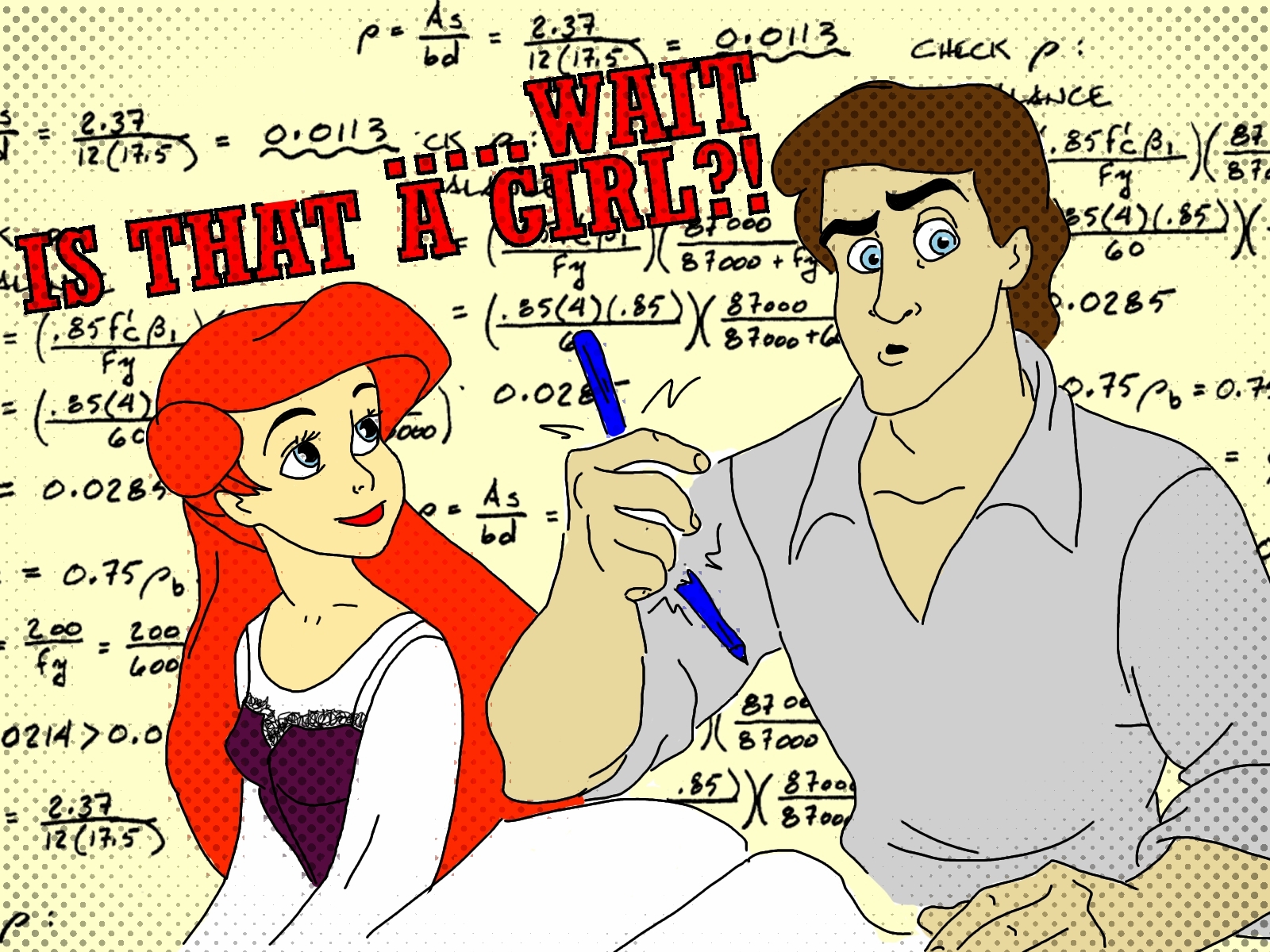 The idea for this article struck me during an exam supervision. Staring at poor students who are suffering to solve their tasks for three hours is not exactly one of the most entertaining things about working at a university, so I involved them unwillingly in my next research project for this magazine.

Soon after they had started writing I realized something: The room was overpopulated with guys. There were three different exams from technical and sciences faculties and still, in 2017, this seems to be the main determinant for gender distribution. I quickly evaluated the boys-to-girls ratio and concluded that there were approximately two thirds guys and one third girls in the room.

The population in Finland is more or less equally distributed among men and women and considering that Finland is one of the most balanced countries when it comes to gender equality, it seems very odd to me that there is still such a huge difference in STEM-fields between men and women. STEM is short for Science, Technology, Engineering and Mathematics, and can historically be thought of as rather male-dominant fields of study. Apparently this is still the reality!

Finland, just like its Nordic neighbors, has always been very forward-thinking in terms of equality. After all, there’s not even a distinction between masculine and feminine in the Finnish language. Could this whole exam-gender-distribution maybe be attributable to a coincidence and the other girls who study engineering and chemistry just took the exam on another day?

I checked the official statistics to be sure and the results are sadly not too surprising. The results suggest that when it comes to applicants on fields like natural sciences, engineering, sports and even economics, boys outnumber girls up to 2.5 times.

The numbers for the University of Oulu compared to the whole country vary only slightly. Opposing, or rather complementing, this stereotype is just another stereotype. Girls outnumber boys, beating the aforementioned ratios, in fields such as education, social sciences, and humanities. Five times as many girls as boys are interested in health science!

Boys are evaluated better than girls

On the search for an answer for this odd phenomenon I stumbled into more questions. Eileen Pollack, author and one of the first two women ever to graduate from Yale with a Bachelor of Science in physics in the 1970s, looks at the problem in an article in the New York Times Magazine.

Pollack refers to a Yale study where two made-up candidates apply for a position. Their training and skills are the same, the only difference is their gender. Yet, all study-participants favor the male applicant in almost every category, and also offer him a higher annual salary. Study participants were both women and men. Apparently we are all sexist.

There seems to be something deeply rooted within our subconscious beliefs that makes us value a man higher than a woman, and consider men more fit for technical fields like engineering, mathematics and natural sciences. On the other hand women are considered to be better at creative and social field of study.

Perhaps the answer lies in biology. Boys and girls develop and behave differently, but this cannot entirely be explained by our society. If you try to find a gender-neutral congratulations card for the birth of a baby, you’ll fail most probably and have to decide for pink or blue. But it is hardly believable that the baby already cares about that.

What went wrong in our own youth?

When thinking back to my own childhood and school time, I have no reasonable explanation for not having been interested in natural sciences and technology more. Now, today, I have developed an interest towards those fields. Back then, I couldn’t have cared less. This can neither be explained by a lack of support nor by some other external and sexist cruel force: my mother constantly and unsuccessfully tried to get me interested in chemistry, and we had feminist teachers fight for equality in almost every field throughout high school.

One interesting argument that keeps coming up is how boys and girls deal differently with challenges. While boys seem to be confident, almost overly confident, girls seem to need external approval and encouragement in order to proceed when studying becomes harder. When boys fail, they tend to think they simply did not put enough effort. Girls quickly believe that their abilities are not sufficient.

Perhaps there is a difference of biological nature between girls and boys and their interest in different fields. But most certainly this difference can be emphasized or dampened through education, upbringing and a change of our viewpoint.

We need to constantly keep on encouraging kids to pursue what they are interested in and offer them a wide range of the things they could become interested in. We should try to eliminate stereotypes as much as possible and raise boys and girls in the same encouraging way that boosts self-confidence. We need to constantly check within our own mindset if there is some hidden and subconscious, implicit sexism or some other discriminative thoughts going on in our thinking.

Implementing a women quota to get more equality doesn’t make sense if we don’t encourage more female students to actually take on studying the fields where women are missing.