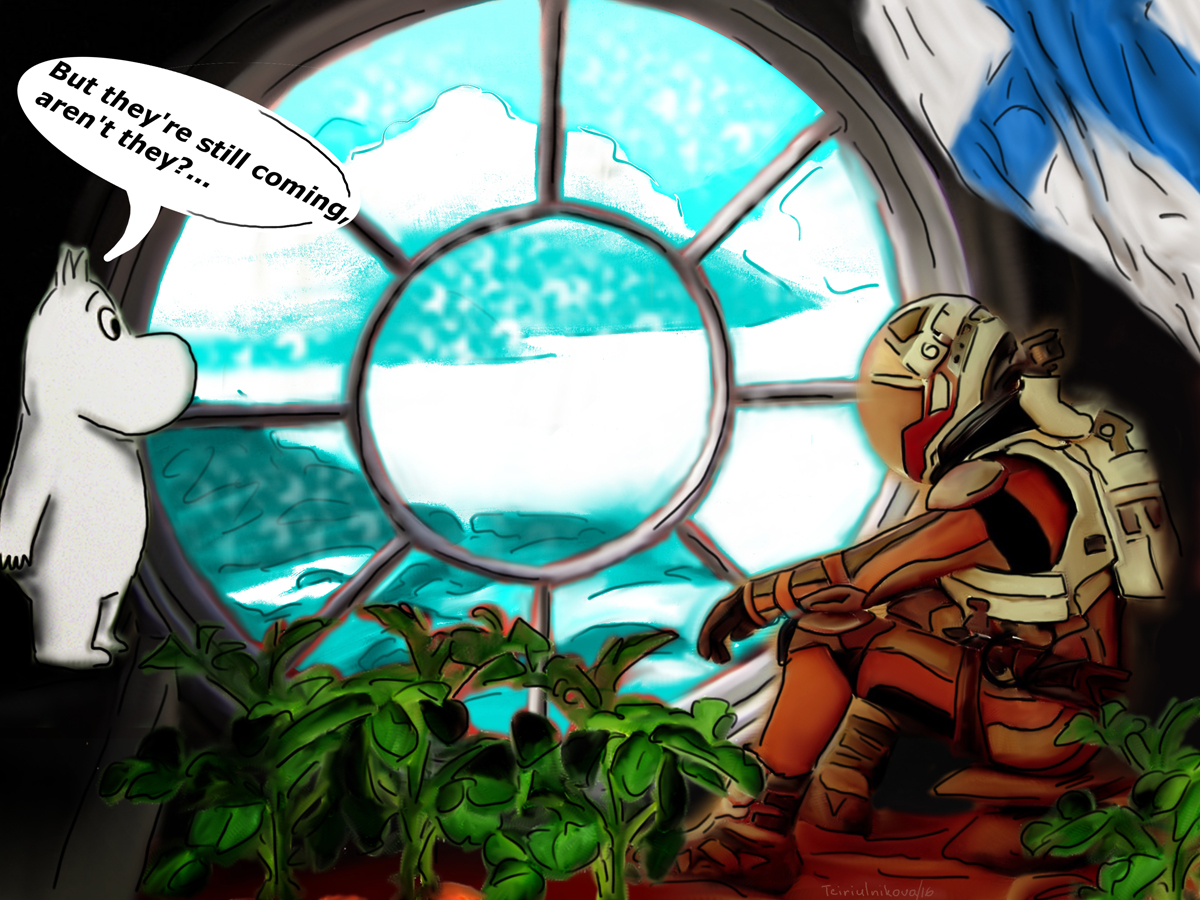 In an admittedly questionable approach to readjust the budget on education, last year the Finnish government decided to change the so-far tuition-free education for students into a costly matter for non-EU citizens from 2017 onwards.

While the minimum annual fee can be as little as 1500 euros, universities can decide for themselves how high to set it.

Rumours know of discussions about the tuition fees in the University of Oulu to be set between 8,000 and 10,000 euros a year. Even though there will be scholarships available for non-EU applicants, it won’t be enough to cover all eligible students. If a programme takes, for instance, 15 applicants right now, there might be scholarships for 5 to 8 students.

What remains unclear is why even establish tuition fees when the students will not cover the costs anyways but the universities will. Or, why not make the annual fee so small that there is no need for scholarships and the fee is evenly distributed?

Everyone secretly assumes what the universities are dreading: If it becomes too expensive to study in Finland, no one would make it here anymore. Surely there are some programmes that are said to be the best ones – but if you take a mediocre programme and weigh costs and benefits of Oulu against the rest of Europe (with Finland being the fourth-expensive country in Europe according to Eurostat), we most likely won’t make it to the very top of the list.

Living in Finland is expensive, especially for foreigners, and it is close to impossible to get a part-time or summer job here. Already now degree students think twice before accepting a study place offered, as they fear to fail covering their daily expenses such as food and rent. If additionally to the living costs an annual fee of, let’s say, 8,000 euros is demanded this will raise a student’s monthly costs by more than 100%. Offering a scholarship to ensure at least a few international students incoming might be not such a bad idea after all.

In one of the Business School Programmes, for instance, this year approximately 90% of the applicants were non-EU citizens. Just imagine what that would mean for next year’s round. We should not be forgetting that one of the biggest assets (which is continuously emphasized by the applicants as well) Finland has to offer is free education in English. Additionally, at least Oulu Business School is considering tightening the application process.

So far, neither GMAT nor similar official tests or entrance exams are required; a fact that could be playing a crucial role in attracting applicants just as well as it might make them suspicious of the quality. Thus, introducing a stricter admission process to make Oulu Business School comparable with bigger international Business Schools is very understandable from the side of the faculty, but paired with tui-tion fees for the majority of applicants, it might very well be the death sentence for the flow of incoming international degree students.

Applying is not free anymore

One good piece of news is that at least the newly introduced application fees for non-EU applicants do not seem to have done much harm. Firstly, not the nationality of the applicant, but the country of the degree used for the eligibility of the admission is what determines the application fee, and secondly, it was “just” 100 euros. This results in the international programmes having more or less the same amount of applicants as in the previous year, with a total amount that is even on a slightly increasing trend.

Overall, one might understand the general dissatisfaction that brings students all over Finland on the streets, like at the end of last year in several bigger cities: For Finns, financial living support will be reduced in both duration and level, which is clear since the Finnish government announced to cut the budget for higher education by around 420 million euros in the next years. And in 2016, the first-time applicant quota system has been introduced: First-time applicants have preference over those that are already studying.

Increasing quality of applicants and universities is generally a good idea. The way it is implemented might not always be. While, generations back, it was possible to “study around” a little bit, see what you like and then settle for a major, nowadays we have to decide right away after school where we see ourselves in 30 years from now.

Programmes become more cons-training and school-like, which might lead to skipping important soft skills such as time management, independence and a broad-angled view. And dividing population forcefully into those who can afford higher education and those who cannot has never proven to be a good approach.

Maybe it is time for the Finnish government to listen to the protesters, and the arguments that are brought up, instead of galloping full-speed into a two-caste system with no grounds for international comparability whatsoever.

There are no final numbers yet about tuition fees or scholarships.