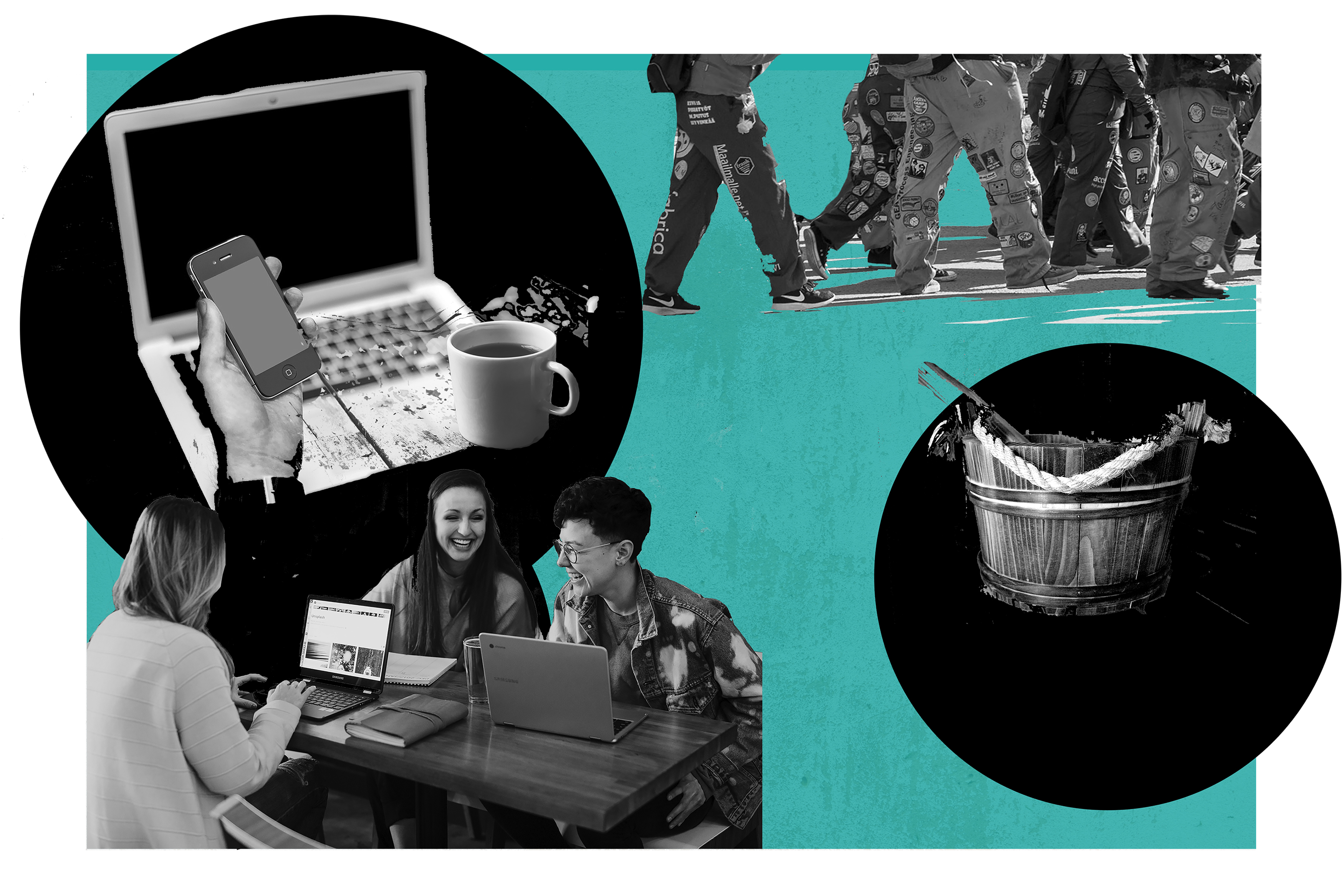 It is July 2016 and I have just received my acceptance letter. Of course, I am over the moon! Right away I have to face challenge number one: finding a place to stay in Oulu. Naturally, as any other student, I applied for a student apartment.

What I did not know was that by the time I made my application, most of the students who had been accepted or were studying already in Oulu had made their applications before me and therefore were in front of me in the queue. Moreover, I made the mistake of asking for a studio, which is the most demanded type of apartment, and also the least available. It came as no surprise that a few days before the beginning of the semester, I was still ‘homeless’.

Luckily, there is a plan B: search for a private apartment. I found my freshman apartment in the Toppila area. Toppila seemed at first like a great location, just 3.5 kilometres from the University. The new apartment itself was really cool: there was a sauna and a swimming pool in the basement. However, there also was a view of the chimneys from the nearby power plant, and the rent was almost twice as much as the one of a student apartment. Moreover, to get to the campus area, I had to switch buses, and they usually overflowed with people. The trip took 40 minutes, if lucky. So, nope, living in Toppila and taking the bus to school has not been the best experience.

The end of August finally came and after my 40-minute bus ride to the University, I arrived at the orientation days, eager to meet my new classmates. The way I was used to before moving to Finland, was that as soon as the entrance results are announced, you get public lists with the names of the accepted and rejected students, and a detailed account of their entrance scores. I desperately looked for that list before the beginning of the school year, but it was nowhere to be found. I wanted to know how well (or bad) I stood compared to my classmates.

Instead, we were simply announced that we must follow our ‘tutor’, who could be seen holding a board with the name of our studying program. During the following months I came to understand the advantage of not being aware of those entrance score hierarchies: it did not influence the group dynamic. From the very start, there was no ‘best in class’ nor the ‘weakest one’. Moreover, since all the scores on the papers and exams were confidential, this hierarchy never even came to exist.

And that is, as I later understood, one of the main principles of the Finnish education system. I felt relieved that I did not have to bear the pressure of getting the maximum scores anymore, because it did not matter anyway. You still need good scores if you plan to take a PhD someday, though. The downside to keeping the entrance score results hidden is a lack of transparency and being prone to mistakes that might pass unnoticed.

On the second day of orientation, being finally with my classmates and our tutors, who turned out to be second year students from the same program, everyone was smiling and full of enthusiasm as we were playing games – and then it hit me: a huge wave of information about everything hit me!

During the following days of orientation, we were fed with tons of information, most of which took weeks if not months to process. I assume that is the case with everybody, but it felt more complicated for an international student who had no idea what was supposed to be going on. I heard something about ‘guilds’, about how it is crucial to have your overalls, and spend tens of hours sewing patches on them, and so much more.

Communities are there for you

First, I learned about the many student hobby clubs, or guilds. There was a guild for everything: from scouts and hunters to choir and metalheads. Besides these clubs, there were other committees and commissions and organisations, dozens of them. Remember the essential overalls? I found out that they actually represent the many different student societies, that is why they come in so many different colours. The student societies are different from the hobby clubs, because they are composed of students studying the same program and are creating a bridge between them and their faculty. I might say that now, starting my fourth year, I finally have an idea which one is doing what.

But wait! There is more. Besides all the guilds, there are some tens of other groups and clubs and activities; some for the University of Oulu students, some for all students in the region, some for everyone. Bottom line, it is impossible not to find a group that has the same interests as you, the only trick is finding a common language.

Technology is your ally

The second chunk of information that I had to quickly digest during my orientation was the one regarding the actual studying process. It is better to get familiar with all the apps, websites, cards, stickers, and gadgets that are available around the University as fast as possible, because they do make a huge impact on saving time and improving productivity. My favourites are the laptop vendors and the Tuudo app. Sidenote: Unfortunately, you cannot borrow a laptop using Tuudo, you need our student card for that. Vice versa, the student card will not work for getting lunch from the new self-service checkout, you need your Tuudo QR code for that. And the 24/7 access card to the University premises is a totally different card.

So yes, it does get a bit confusing at times.

Guard yourself with coffee

After the orientation period, the actual lectures started, and little by little I began to get a grip on what was going on. On one hand, it took me some time to get used to having my lunch at 11:45 instead of afternoon, or writing informal emails to our teachers and other staff members, but on the other hand, calling teachers by their first names made my life much easier since I am terrible with names anyway, and serving coffee ten times a day was a delight for a coffee lover like me.

The night is dark and home is behind

Another important thing that I learned is that students’ well-being is important in Finland. Stress is probably part of any student’s life and being an international student does not make it any easier.Homesickness, dark long nights, freezing temperatures, cultural shocks, language barriers, unexpected financial or health issues, and many other factors can take a toll on your studies. However, you are encouraged to seek help. For example, you can get general and mental helpfrom the students’ clinic which is located right next to the University, you can get an emergency loan from the Student Union (OYY), you can make friends among other international students who might face the same challenges as you do, and you can connect with the local community of people from your home country.

Overall (ha!), my freshman year was an interesting experience. I faced many challenges as an international student, and my adaptability came in hand during the fast shifting situations, but I cannot deny that I enjoyed it. The main things that I would do differently are doing more independent research before the beginning of the studies and taking part in more student events. Other than that, my studies went (almost) smoothly, and my knowledge and worldview expanded a lot, and for that I am happy that I chose to come here.

So, my fellow international students, I hope that you too will make the most out of your time spent at the University of Oulu, and you will overcome the challenges ahead.